Tesla CEO Elon Musk added $6.25 billion in equity commitments in his Twitter takeover, now totaling $33.5 billion in funding, according to a Securities and Exchange Commission filing on Wednesday.

Musk is also in talks with Twitter founder Jack Dorsey and other investors to finance the purchase, potentially by rolling their shares over. Shares of Twitter rose about 4.8% after hours on Wednesday following the news, while Tesla shares dropped 1%. 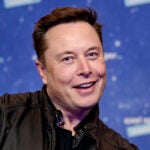 If completed, the $44 billion merger would entitle shareholders to receive $54.20 for each share of Twitter’s common stock owned. This amount is approximately 38% of the closing price of its stock as of April 1, the last full trading day before Musk disclosed his 9% stake in the company.

Twitter’s board of directors have recommended a vote for the merger agreement with Musk. Twitter and Musk have continued dueling over his hostile takeover of the social media company. Earlier this month, however, Musk dropped a bomb by saying the deal was “on hold” as he waits for the company to hand over metrics on the total spam and fake accounts on the platform. This sent observers to question whether Musk will actually go through the deal or is simply stalling in order to force a new price.

Experts believe there is a 60% chance Musk will walk and use the spam account issues as a “scapegoat to get out of the deal” and a 40% chance the Twitter board and Musk will renegotiate a new deal in coming weeks, according to Wedbush Securities tech analyst Dan Ives.

The billionaire Tesla CEO has insisted that he is still serious about buying Twitter and serving as its interim CEO for a few months. He has also stirred controversy after saying he wants to relax content moderation policies on the platform, a move that could drive away advertisers and potentially lead to the reinstatement of former President Donald Trump’s suspended account. 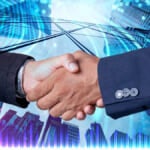