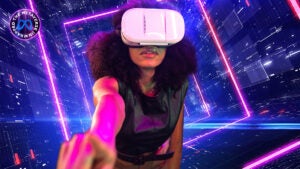 Why Film Producers Are So Excited About the Metaverse: ‘Everybody’s Dream Can Come True’

The social media company may have a stronger legal case, but Musk could make a deal and still win, legal experts tell TheWrap

Things are about to get ugly between Elon Musk and Twitter as the two sides enter a legal battle over the tech mogul walking away from the $44 billion acquisition deal made earlier this year. Though multiple legal experts told TheWrap they believe Twitter has the stronger case so far, they’re not counting the Tesla founder out.

Musk’s arguments don’t offer enough for him to back out of the merger agreement, legal experts said. His claim that there are issues over the platform’s fake accounts and bots will likely get further scrutinized, and the process may reveal who was actually right about the number of bots roaming Twitter. But what seems lost in the debate is that the future of Twitter remains more uncertain than ever, with the dispute possibly dragging out over several years.

“This is a ‘code red’ situation for Twitter and its board as now the company will go head-to-head against Musk in a ‘Game of Thrones’ court battle to recoup the deal and/or the breakup fee of $1 billion at a minimum,” Wedbush Securities analyst Dan Ives wrote. “We see no other bidders emerging at this time while legal proceedings play out in the courts.” 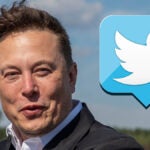 Last week, Musk tried to scuttle his $44 billion takeover of Twitter, claiming in an SEC filing that the social media company had failed to provide data he requested on the total number of spam and fake accounts on the platform. In response, Twitter responded it would pursue legal action and enforce the merger agreement.

The termination comes months after Musk first began the process of purchasing the company. In May, Musk said the deal was “temporarily on hold” while he sorted out the metrics of spam accounts. The filing reiterated that he felt Twitter hadn’t been providing all the information Musk requested for two months and was therefore breaching the merger agreement. Experts, though, have suggested that those concerns are a mere pretense to back out of an impulsive takeover bid that may seem less financially attractive now given the plunge in the stock prices of both Twitter (-13%) and Tesla (-37%) since the start of the year.

Here are the likeliest outcomes as this drama plays out in court over coming months. 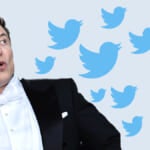 Twitter wins with a stronger case, but its future is unclear

The Twitter board will try and hold Musk to the $44 billion deal in a Delaware chancery court in this upcoming legal battle. The company’s argument is that the billionaire breached his contractual obligation to purchase all of Twitter stock at $54.20 per share in the acquisition, in which he waived due diligence in order to get the deal done quickly. Given that reality, Musk is unlikely to walk away from the deal without a penalty.

“Legally, Twitter absolutely has the best case,” Aron Solomon, head of strategy at Esquire Digital, a marketing firm that works with law firms, told TheWrap. “Ultimately, none of this is going away quickly.”

As Solomon explained, Twitter may have the upper hand here in arguing that Musk breached the contract that they signed. And Musk’s argument that the company has failed to provide information on bot accounts and spam isn’t enough to rescind the merger agreement.

“While Musk argues that Twitter is in breach by refusing to provide information relevant to the purchase of the company, this information will now need to be part of the legal discovery process,” Solomon said. “So we’ll find out whether Musk was right about there being far more bots on Twitter than the company claims or not.” 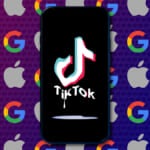 Also Read:
Why TikTok Will Likely Remain on App Stores Despite Pressure From the FCC

Neama Rahmani, president of West Coast Trial Lawyers, said that the agreement included a specific performance provision that requires Musk to go through with the merger unless he presents special circumstances that allow him to walk away. Even then, Rahmani added, Musk will have to pay the $1 billion breakup fee and possibly be ordered to pay damages.

“This is more likely a business decision than a legal one, with Musk threatening to cancel the deal and force Twitter to spend millions of dollars in litigation, to try to get a better price for the company,” Rahmani said.

Still, Twitter’s future as a company remains on shaky ground. Even leading up to this takeover, the social platform had been struggling to find monetization options, only launching its subscription service, Twitter Blue, recently, and transitioning to new leadership under Parag Agrawal following founder Jack Dorsey’s exit last year. To top that all off, Twitter shares plunged some 6% in pre-market trading Monday, valuing the company at roughly a 40% discount to the agreed-upon price with Musk. 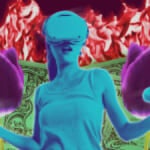 Musk can try another legal avenue

On the other side, Musk’s lawyers are arguing that Twitter breached the merger agreement when it failed to provide requested information relevant to the deal. Musk could also use Twitter’s recent layoffs as an argument that Twitter didn’t get Musk’s approval when two executives were fired along with one-third of its talent acquisition team.

Musk’s team could use this clause specifying that Twitter has an obligation to “preserve substantially intact the material components of its current business organisation.” But Rahmani pointed out that it isn’t as strong a case.

“The argument that Twitter failed to provide information on spam accounts or misrepresented the number of spam accounts, or that Twitter breached the agreement by firing senior employees, are weak factually and even if true, are not ‘material’ adverse effects under the agreement. That requires something much more significant and unexpected,” Rahmani said.

Musk is on the hook for a $1 billion penalty payment to the company if the deal falls through, but it seems likely that money isn’t the totality of what he’s looking for in this fight.

“Musk wins even by losing in that litigation gives him what he seems to most crave — remaining in the public spotlight,” Solomon said.

A settlement or deal is still possible

The last possible outcome is a negotiated settlement that could result in a deal still going through — granted, most likely at a much lower price than the original offer.

But Twitter’s shareholders may fight a lower price and push back on a new deal. This could also result in Musk paying a settlement on top of the $1 billion termination fee, but the board would have to justify that this is a better option than pursuing legal action to push the deal through.

A new offer may fall somewhere in the range of Twitter’s current market valuation. Twitter’s shares are trading at around $32, plunging some 11.3% on Monday after news of Musk’s termination, putting the company’s market capitalization at $24.95 billion. The deal was expected to close later this year, subject to the approval of Twitter stockholders and regulators. Musk had secured $25.5 billion of fully committed debt and margin loan financing and is providing approximately $21.0 billion as an equity commitment. 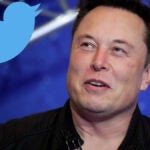