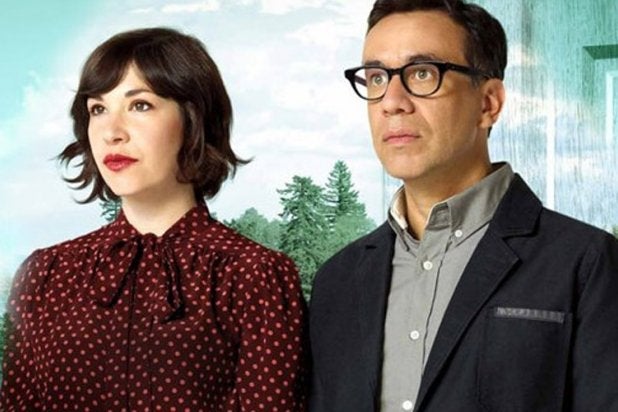 Perhaps the most competitive categories in the Emmys are those for supporting actors and actresses. Shows that have one or two leads can have a half dozen or more supporting cast members. And then there are ensemble shows  like “Modern Family” that submit their entire cast into the supporting category, as there is no discernible lead, and wind up dominating the nominations year in and year out, making it even harder for other supporting performers to get noticed.

OUTSTANDING SUPPORTING ACTOR IN A COMEDY

Fred Armisen, “Portlandia”
IFC’s deliciously oddball sketch show, with its sharp and satiric but also affectionate eye for obsessions and quirks, has been slowing inching into the Emmy picture in recent years. Armisen landed a writing nomination last year, but he also deserves to be honored for the glorious gallery of misfits he’s embodied onscreen. — Steve Pond

Ike Barinholtz, “The Mindy Project”
“Mindy” is one of the most underrated sitcoms on TV — and the ratings prove that point. Barinholtz, who began as a writer on the comedy, graduated to actor/writer for Season 2, and took the show to a new level with his weird, uncomfortably earnest sense of humor. Barinholitz is a true original in the vein of Danny McBride (“Eastbound & Down”), but is still probably a ways away from mainstream acknowledgment. — Tony Maglio

Jason Biggs, “Orange Is the New Black”
Biggs’s portrayal of Piper Chapman’s love interest Larry Bloom on the Netflix drama definitely proves that he’s grown beyond his juvenile “American Pie” beginnings. But it’s the ladies who get the lion’s share of the attention from the show. Plus, it’s a long path to Emmy love when you start out your career by sexually molesting an apple pie on camera, as much as it might have seemed to be asking for it — and when you continue to make headlines for sleeping with a prostitute that your wife hired for you. — Tim Kenneally

Jason Gann, “Wilfred”
For four strange seasons Jason Gann has dressed up like a dog to drive Elijah Wood crazy on FXX’s “Wilfred.” He’s been both terrible and supportive in the role, helping Wood navigate the challenges of life, but it’s much too weird of a role and show for the Academy to ever recognize it’s surreal brilliance.
— Jason Hughes

Ken Jeong, “Community”
There’s no one like him on television. Ken Jeong is just this hard-to-characterize talent. His physical abilities are unlike any other comedic actor. The way he delivers a line has a surprising amount of thought placed behind them, again delivered in Jeong’s own unique way. And there are few comedic actors in TV today that are so dedicated to a role and its zany, offbeat nature of the role – reminiscent of the dedication gave to Martin, gave to Mork or Andy Kaufman on “Taxi.” Jeong’s performance just may be too strange and “Community” too small for the Emmy voters to consider. — Jethro Nededog

Keegan-Michael Key & Jordan Peele, “Key & Peele”
Emmy voters in the supporting comedy categories love “Saturday Night Live” so much that they act as if it’s the only sketch comedy show on TV. That’s too bad, because “Key & Peele” is consistently sharper and funnier than the current “SNL.” Plus, its creators and lead actors get bonus points for being killed by Billy Bob Thornton on “Fargo.” — SP

Kumail Nanjiani, “Silicon Valley”
Outside of stand-up comedy circles, not many knew who Kumail Nanjiani was. A mere eight episodes of breakout HBO comedy “Silicon Valley” later, the hilarious Nanjiani jumped off the screen, stealing numerous scenes from a talented and accomplished comedy cast. Nanjiani is very strong in what Hollywood might naively label “against-type,” but he is a pure laughs generator. — TM

Chris Pratt, “Parks & Recreation”
As Andy Dwyer, Pratt took a side character and made him an essential part of the crew, despite the fact that he barely knows what’s going on most of the time. His joy and enthusiasm for everything compensates for his lack of understanding, but his character’s perceived lack of depth probably cripples him when it comes to nominations. Luckily, the “Guardians of the Galaxy” and the big screen are calling. — JH

OUTSTANDING SUPPORTING ACTRESS IN A COMEDY

Carrie Brownstein, “Portlandia”
Yes, the show is too small and weird for Emmy voters. (See: Armisen, Fred.) But wouldn’t it be wonderful for this punk-rock icon, Sleater-Kinney founder and surprisingly deft comic actress to get an Emmy nomination? Yes, damnit, it would. — SP

Carly Chaikin, “Suburgatory”
Sure, Carly Chaikin’s Dalia comes from a long line of famous mean girls. But, she brings a unique something extra to that role. For example, the deadpan way she delivers a hilarious back-handed insult combined with her wide eyes signaling she just wants to help someone be less tragic is a combination not seen much in the mean girl depictions. Did enough people pay attention to Dalia? Maybe the bigger question is did enough people pay attention to “Suburgatory”? — JN

Zosia Mamet, “Girls”
The latest season should nab Zosia Mamet some attention, but it won’t. She’ll be overshadowed by her co-stars. Mamet’s portrayal of Shoshanna has so many special shades to it that it’s hard to see anyone else do that role. And over the last season, Mamet had to play a quirky girl coming into her own while still being able to hold on to the quirk. — JN

Kate McKinnon, “Saturday Night Live”
Every few years people seem to forget about the comedy tour-de-force of “SNL.” It’s often called “not funny anymore” and the cast dismissed by people who do not even watch it. Those who don’t should be tuning in, if for nothing else but the brilliance of Kate McKinnon. Forget females, she is one of the strongest cast members in a decade. That said, it’s very difficult for an ensemble standout to get individual awards — even if they’re deserved.
— TM

Cristin Milioti, “How I Met Your Mother”
The star that shined brightest in the uneven final season of CBS’s long-running sitcom was the titular mother, finally introduced as the delightful Milioti. She had amazing chemistry with the entire cast, and Josh Radnor most of all. Unfortunately, Milioti was a virtual unknown before this role in one of the most competitive categories, which will kill her chances.
— JH

See video: ‘How I Met Your Mother’s’ Cobie Smulders Reveals Secrets of Finale to David Letterman

Niecy Nash, “Getting On”
Both Alex Borstein and Nash were absolutely riveting in the most depressing comedy on television, but Nash managed to get a little more to work with, as her character was charged with harassment from a co-worker. The problem for Nash and the entire show is that it flew so under the radar, the Academy probably didn’t even notice it was on. — JH

Kaitlin Olson, “It’s Always Sunny in Philadelphia”
“Always Sunny” has been on the air for nine consistently funny and nicely twisted seasons without a single Emmy nomination except for stunt coordination, and there’s not much reason to think that’ll change this year. But Olson’s character is hysterically unlikable, which makes the actress curiously lovable. — SP

Chelsea Peretti, “Brooklyn Nine-Nine”
Chelsea Peretti doesn’t do much on “Brooklyn Nine-Nine,” but she does it so well. No one can rip off a perfect string of hurtful jokes without even making eye contact as well as Peretti. Although her cell phone gets about as much camera time as she does, the future on screen seems bright for the terrific joke writer. Peretti is Aubrey Plaza-esque in pulling off how little she cares, hopefully voters won’t act that too-cool-for-school in the future. — TM