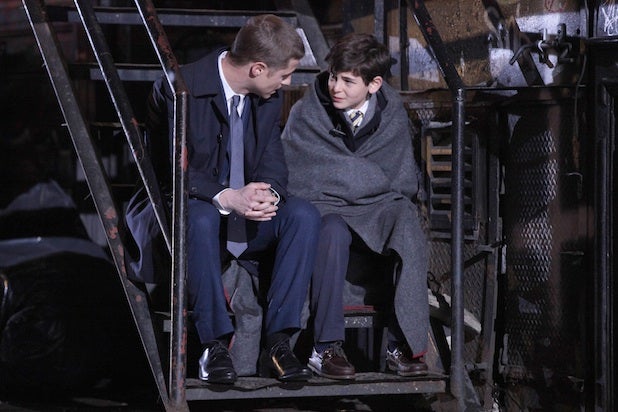 Fox’s “Gotham” may lack an actual superhero, but its ratings power has proven undeniable. And having a hit this fall was particularly important for the network.

“This is a new regime — it was important for us to launch well,” New Fox Entertainment President David Madden told TheWrap, speaking not of himself or Joe Earley, who were promoted together, but more so of Dana Walden and Gary Newman’s merging of Fox’s studio and network under one umbrella.

While overall this fall probably isn’t going as ideally as all at Fox would want, “Gotham” launched strong and has shown serious staying power and gravitas, drawing confidence from the executive team. Just a few weeks into the season Fox upped its episode order to a full 22 — a move that Madden said his group was prepared to execute even earlier than that.

“There was certainly strong reason to believe that the show would debut well,” Madden, who explained that his network delayed the extra episodes order to make sure it wouldn’t dilute the creativity, told us. “The issue was much more how would it sustain: would it plummet like a rock or would it hold?”

To Madden’s question of endurance, according to Nielsen’s most current ratings, which season-to-date encompasses seven telecasts — Sept. 22 to Nov. 3 — “Gotham” is averaging a 4.1 rating/12 share in the advertiser-sought 18-49 demographic. That number is 11 percent higher than another breakout freshman hit that we profiled, CBS’s “Scorpion,” which current is pulling in a strong 3.7/10 per the same measurement.

Per another comparison, “Gotham” has gotten 10.2 million viewers; in the interest of full disclosure, “Scorpion” wins that war.

“Gotham” currently ranks as the No. 1 new series among men 18-49. It’s actually the No. 1 broadcast drama in the key male demo, period. And the comic book adaptation is doing all of this as a self-starter — at 8 p.m., “Gotham” doesn’t have a primetime lead-in.

Of course, in 2014, networks are also interested in what a show has done outside of what Nielsen measures. Of the aforementioned 22 million-plus viewers, five million watched “Gotham” on a platform not tracked by the ratings giant — something Madden doesn’t recall seeing before.

All of that said, quite bluntly, “These are really big numbers,” Madden said.

While “Gotham” is getting the best of most of its competition, Fox is looking beyond the usual broadcast networks for a fight. Knowing how male his show is, in this case, Madden sees ESPN’s “Monday Night Football” as additional big competition.

But instead of running from football, Fox embraces it. Madden’s network promotes its hot new property heavily during its Sunday afternoon pro football games — that’s a big reason why “Gotham” isn’t going anywhere from its Monday timeslot.

So when “Sleepy Hollow” runs out of episodes this fall, Fox plans to team “Gotham” with “The Following,” Madden told us — and the Kevin Bacon series could certainly use a lead-in and a possible ratings boost in its upcoming third season.

But this story — like most Fox stories right now — is all about “Gotham.” And the performance and prognosis is so far, so good, says Madden — and the show hasn’t even pulled out its Ace card yet. Or more accurately, its Joker.

While the still-young series has already introduced a number of DC Universe villains or future bad guys, three of its most popular are still to come. The Scarecrow is joining in child form and Harvey Dent aka Two Face will enter the Gotham City scene soon, but the small screen future of the Joker is a little more up in the air.

Fox is toying with the idea of introducing more than one character who could end up being the clownish criminal, Madden said. The internet beat him to that theory, and has been buzzing about who may become arguably Batman’s most popular foe. That anticipation surely won’t hurt the Nielsen numbers.

Of course, it’s not all X’s and O’s, dollars and cents, or even live and delayed viewing. Fox is happy to have the hit, but it’s just as pleased to have a show that Madden told us he sees lasting “way more than one season.”

“The first words that we want to have come out of mouths when we’re referencing our shows is ‘fun,'” he said.

“We can’t be as dark as cable, we can’t chase what HBO and Netflix and FX are doing in terms of edge and grimness,” Madden admitted. “At the same time, amongst the broadcast universe, we want to feel like we’re more daring than some of the competitive shows may be.”