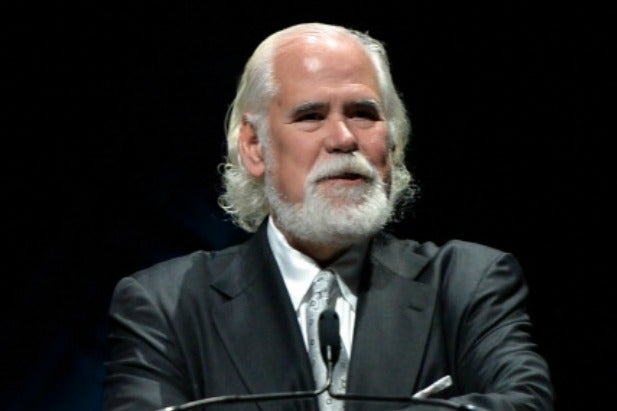 Jeff Blake, vice chairman of Sony Pictures Entertainment and the studio’s chairman of Worldwide Marketing and Distribution, is leaving effective Aug. 1 to pursue other opportunities.

Blake did not say in his announcement what he plans to do next.

“I have had a great 22 years here at Sony Pictures and have worked for and with some amazing people,” he said. “I have tremendous respect for Michael (Lynton) and Amy (Pascal), and I wish them and the great team at Sony nothing but the best.”

His departure is the latest in a series of top studio exec departures in the past year. Sony marketing chief Marc Weinstock was pushed out last September on the heels of a disappointing summer, soon followed by PR vet Steve Elzer and home entertainment chieftain Dave Bishop. The studio had been under attack by investor Dan Loeb for its performance at the box office.

His departure comes after a lackluster opening for “Sex Tape” at the box office. The Cameron Diaz-Jason Segel comedy came in fourth at the domestic box office its debut weekend, bringing in $14.6 million.

Also read: 5 Reasons ‘Sex Tape’ Couldn’t Get It Up at the Box Office

Blake was a fixture at the studio and among Hollywood distribution execs. During his tenure, he led the marketing campaigns for all five Spider-Man films. The studio’s biggest franchise is now nearing $4 billion in box office revenue worldwide. The first film, in 2002, was the first movie to reach $100 million in domestic box office in its opening weekend. The third film was the first movie to open to more than $150 million domestically.

“I want to thank Jeff for his 22 years of loyal commitment and service to SPE,” said Michael Lynton, chairman and CEO of Sony Pictures Entertainment. “We are grateful for his incredible achievements and accomplishments. Jeff has had a unique ability to positively impact nearly everyone at the Company. We will miss him and wish him the best in the future.”

Added Amy Pascal, co-chairman of Sony Pictures Entertainment and chairman of Sony Pictures Entertainment Motion Picture Group: “I have worked side-by-side with Jeff for more than two decades. He is the best partner anyone could ever want. We have benefitted greatly from his wisdom and genius. As sad as I am about his decision to leave, we all wish only the best possible things for him.”

Blake also launched the “Men in Black” and Robert Langdon franchises, and oversaw the marketing and distribution of the three most successful films in the James Bond franchise, including “Skyfall,” which earned more than $1.1 billion in box office gross globally and became the most successful film ever released in the United Kingdom.

He also led the campaigns for 15 Adam Sandler films that had total grosses of more than $2.6 billion worldwide, and 11 Will Smith films, which grossed more than $3.8 billion total in worldwide box office.

Prior to joining Sony, he worked at Paramount Pictures and the Walt Disney Company.