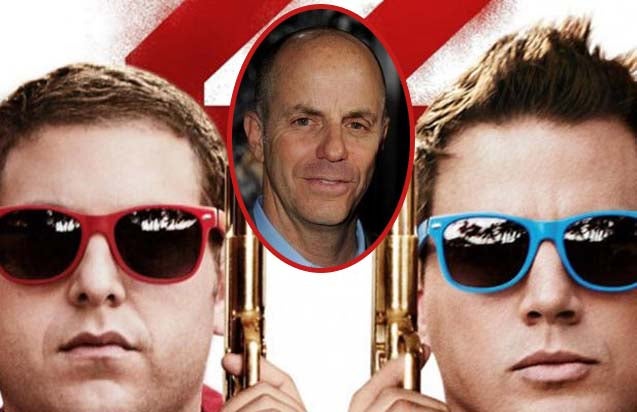 At the halfway point of 2014, Sony Pictures appears to have reversed its fortunes. It came under fire last year from high-profile investor Daniel Loeb following a disappointing summer movie season, featuring costly flops such as “White House Down” and “After Earth.”

Not only does Sony boast the highest-grossing movie of the year so far in “The Amazing Spider-Man 2,” but come Monday morning, the studio will likely be popping champagne bottles when the box-office bell tolls for “22 Jump Street,” which earned an impressive $5.5 million on Thursday night and could gross more than $60 million this weekend.

As one of the keepers of the enormously successful “Fast and Furious” franchise, Moritz is intimately familiar with the inherent challenges of making a big-screen follow-up.

“The biggest challenge was making a sequel that could live up to expectations set by the first film. We made a movie that in all likelihood, should not have worked. There was a lot of cynicism and people were gunning for us, and making a sequel where expectations were really high, I did not want to stain the original. Until our first test screening, that was a huge concern for me.”

“22 Jump Street” is structured like a typical romantic comedy between Tatum and Hill’s beloved characters Jenko and Schmidt, with a college football star named Zook (Wyatt Russell) standing in as “the other woman.” The sequel sticks to the successful template laid out by the first film, though it also serves as one big meta commentary on the nature of “MORE” in sequels.

“A lot of times, people make sequels because the previous one did a lot of business, but that doesn’t mean that the audience loved the film. It’s dangerous [making a sequel] based on box office. People were left satisfied by the first film, but now let’s make it bigger? That’s where the meta-joke comes in — bigger and louder doesn’t always mean better. We didn’t want to fall into the trapping of that.”

The trick, of course, was striking the proper balance to achieve the desired tongue-in-cheek tone. “We were a little worried about being too self-referential. It was a fine line, and not everything we shot is in the movie. We pulled it back a little bit if we went too far,” explained Moritz, who spoke highly of his collaboration with Hill and Tatum.

“I may take the lead on some stuff, but they’re producers with me. They were very involved last time too, but on this one, we had a lot of conversations about the marketing of the film. We felt strongly that we didn’t want to give away all the best jokes in the trailer,” said Moritz, who wanted audiences to experience one particular romantic subplot in theaters rather than commercials.

The main reason “22 Jump Street” works as well as it does is the infectious chemistry between Hill and Tatum. After testing the movie several times, Moritz said the team “learned that the gold of this movie was the relationship between the guys. If that worked then everything else was going to work.”

Moritz also credited another comic duo: directors Lord and Miller, who can do no wrong between the “Jump Street” franchise and the animated hits “The Lego Movie” and “Cloudy With a Chance of Meatballs.”

“I don’t care how funny a movie is, movies succeed if you care about the characters and the relationships, and those guys are geniuses at it,” remarked Moritz, who seemed as impressed with Lord and Miller as the rest of Hollywood. “Phil and Chris can find the heart in any situation, no matter how crazy or insane or ludicrous.”

It helped that in addition to gifted improvisers like Hill and Tatum, “22 Jump Street” is also armed with a strong supporting cast, including Jillian Bell, twins Kenny and Keith Lucas, mustache champion Nick Offerman and Wyatt Russell, who is well cast as the Tom Brady to Tatum’s Rob Gronkowski. Plus, Ice Cube is given a lot more to do this time around.

“Jeanne McCarthy cast the last one too, and she just goes out and finds really funny people. Lord and Miller are also good at identifying comedic talent and who’s the next wave, like Jillian, who’s writing a script for us. We bought a picture from her, so we believe in these fresh, new faces of comedy,” said Moritz.

Packed with pop culture references, “22 Jump Street” does (tastefully) reference the late Maya Angelou as well as comedian Tracy Morgan, who remains in critical condition following a car accident. A reference to Morgan was removed from the film for its premiere, though it is included in the final cut of the movie released to theaters this weekend.

“We did have some discussion about it. At the premiere, it wasn’t in there, because it was an industry premiere and there were a lot of people there who know him and are friends with him. But it was impossible to take it out a week before the movie. Unfortunately, that’s life.”

Moritz, who pegs the budget in the “high-50s” (though the studio insists it was closer to $50 million), said that as far as the sequel’s opening weekend goes, “anything more than the last one and I’ll be extremely happy.” He expects “22 Jump Street” to gross $45-50 million this weekend, though early estimates suggest it will make more than that. Either way, “22 Jump Street” will likely be extremely profitable for Sony, which has done a good job of righting the ship.

Bolstering Sony’s summer slate is the Cameron Diaz-Jason Segel comedy “Sex Tape,” which just got a major boost when Warner Bros. moved Tatum’s “Jupiter Ascending” off the same opening day, as well as Screen Gems’ comedy sequel “Think Like a Man Too.” The studio also has the high school football movie “When the Game Stands Tall” coming out in August, when the nation has football on the brain, as well as the Eric Bana-led horror movie “Deliver Us From Evil,” which helped convince Marvel execs to hire director Scott Derrickson for its “Doctor Strange” tentpole.

Of course, when all is said and done this summer, “22 Jump Street” will likely be the feather in Sony’s cap — which of course begs the question of future sequels.

As far as a potential “23 Jump Street” goes, Moritz said he’s taking a wait-and-see approach. “The way I look at it is, after this weekend’s over, if that’s what the audience wants then I’d sure love to do it, but I don’t want to jinx it. We’re proud of what we’ve done here. I’m sure we’ll discuss it next week.”

Fans who just can’t wait two years for another sequel may want to seek out “22 Jump Street” on DVD. “This movie has so many jokes in it [and jokes that were cut], we could probably include a 3.5 hour cut with even more jokes,” Moritz said with a laugh.