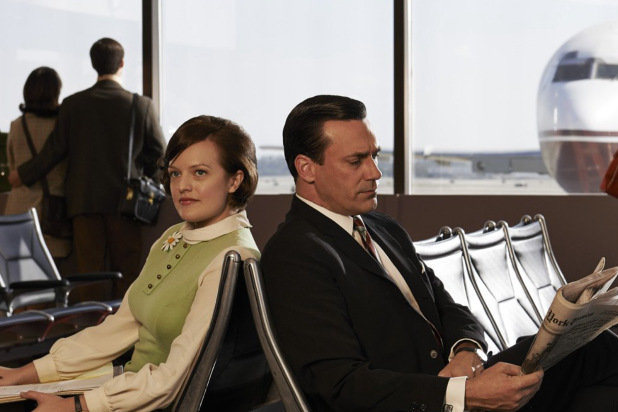 This is the year that the Emmys instituted online nomination voting, a new wrinkle that just might have the potential to bring some fresh faces into the often-predictable lineup of nominees that will be announced on Thursday morning. And it’s been a year of turmoil on the small screen, with upstarts like Netflix and Amazon changing the definition of TV, HBO’s “True Detective” shaking up the drama-series races by refusing to qualify as a miniseries, and late-night hosts jockeying for position.

Given all that, it’s possible — maybe not likely, but possible — that Thursday’s nominations will contain some real surprises. If so, it also means that some longtime Emmy favorites could be left out in the cold.

Here are nine shows and people that could conceivably wake up on Thursday wondering why Emmy doesn’t love them anymore. (They probably won’t, but they could.)

“Mad Men”
Matthew Weiner’s celebrated Madison Avenue drama won four consecutive drama-series Emmys between 2008 and 2011, and it has been nominated for the top award every year it’s been on the air. But it hasn’t won anything in the last two years – and its record-setting 0-for-17 in 2012, followed by 0-for-12 last year, could mean that Emmy voters may be cooling on the show.

In that climate, the seven-episode first half of a two-part final season may not have been the best thing to put before voters this year (though it certainly worked for fellow AMC series “Breaking Bad” last year, and reviews were for the most part strong). With “True Detective” crashing the drama-series category, it’s conceivable that “Mad Men” could be pushed out as voters decide to wait until next year to give a parting gift to one of TV’s most acclaimed shows.

And if that’s the case, the usual nominations for “Mad Men” stars Jon Hamm (six noms in six years), Elisabeth Moss (five-for-six) and Christina Hendricks (four-for-six) may not be the slam dunks they usually are, either.

“Downton Abbey”
Julian Fellowes’ period drama won the miniseries award in its first season, then switched to drama and picked up two consecutive nominations. But competition is getting tougher in what is always a brutal category, and the past season of “Downton” might have seemed anticlimactic after the stormy Season 3. If the ad men make the cut, the Brits could be at risk.

“Homeland”
Two years after scoring a surprise victory over “Mad Men” and “Breaking Bad” in the drama-series category, could “Homeland” miss out? Stop us if you’ve heard this before — but in a fearsomely competitive year, with “Breaking Bad,” “True Detective” and “House of Cards” on top, “The Good Wife” and “Game of Thrones” grabbing headlines by killing characters, “Mad Men” and “Downton Abbey” hanging on and “The Americans” and “Masters of Sex” coming on strong, something’s gotta give.

Also read: ‘Homeland’s’ Shaun Toub: ‘When You Meddle in People’s Affairs, It Might Come Back to Haunt Us’

Edie Falco, “Nurse Jackie”
Julia Louis-Dreyfus and Amy Poehler look like locks, Lena Dunham gets the edgy vote and Taylor Schilling, Mindy Kaling and Anna Faris are storming the gates. The last four actresses are probably more at risk than Falco, who has four nominations and one win for “Nurse Jackie” to go with her six drama noms and four wins for “The Sopranos.” But as “Orange Is the New Black” becomes Netflix’s hottest dark comedy and Showtime’s “Shameless” switches from the drama to comedy categories to provide additional competition, the prognosis isn’t quite as favorable as it once was.

A couple of them are going to be left out, and Daniels just might be one.

Ryan Seacrest, “American Idol”
The reality-show host category is one of the most reliable of all Emmy fields, with a small group of the usual suspects being nominated year after year. “American Idol” host Seacrest has been in that group for six straight years – i.e., every year the category has existed.

But as the pioneering singing show fades in ratings and in cultural impact, missing a reality-competition series nomination for the last two years after nine consecutive noms, it’s possible that its lackluster season will hurt the chances of its inexhaustible host.

Betty White, “Betty White’s Off Their Rockers”
Speaking of the reality-host category, could it present a rare miss for White, she of the 20 Emmy nominations and seven wins? She’s been nominated for the last two years for hosting “Betty White’s Off Their Rockers,” and it’d probably be foolish to vote against her. But the usual suspects are still around — Heidi Klum and Tim Gunn, Tom Bergeron, Cat Deeley, Jeff Probst, Phil Keoghan — and Carson Daly fronts the hottest singing show around.

So it’s conceivable that she could fail to break her own record, set last year, as the oldest Emmy nominee ever.

Bill Maher, “Real Time With Bill Maher”
The huge changes in late-night television could impact the biggest loser in Emmy history, with Bill Maher’s HBO show in danger of losing its usual spot among the Outstanding Variety Series nominees. “The Colbert Report” and “The Daily Show With Jon Stewart” are locks for nominations, and “Saturday Night Live” — the most-nominated program in Emmy history — hasn’t missed in this category in seven years.

But the two Jimmys, Fallon and Kimmel, also have real heat these days, and David Letterman’s impending retirement could well have brought a wave of fondness for his show, which won five consecutive years between 1998 and 2002. If voters want to salute Dave, they’ll have to drop somebody else — and who better than the guy who currently holds the record for Emmy futility, with 32 nominations and 0 wins?