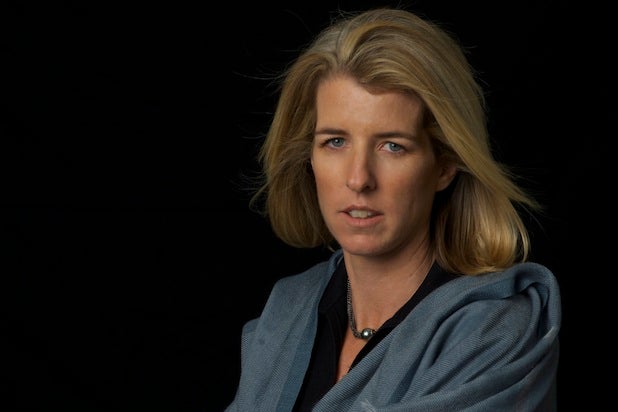 Rory Kennedy’s documentary “The Last Days of Vietnam” is set almost entirely in Southeast Asia in 1975, but it’s impossible to watch the fascinating and unexpectedly moving chronicle of the chaotic fall of Saigon and not think of the current, equally chaotic situation in the Middle East.

When U.S. troops pulled out of Vietnam in ’75, North Vietnamese troops quickly moved into the south, taking over the divided country and leaving U.S. personnel and the South Vietnamese who’d helped them to frantically evacuate as the capital fell. In Iraq, ISIS tried to fill the vacuum as well, though its tactics have forced the U.S. back into the conflict.

“We haven’t learned the lessons from the last days in Vietnam, partly because we don’t know what happened,” Kennedy told TheWrap this week, as her film opened in Los Angeles for an Oscar-qualifying run ahead of its premiere on PBS’s American Experience on the 40th anniversary of the war’s end next Spring.

“I don’t think we have a handle on what happened, and the implications and its relevance today.”

While the broad strokes of the Vietnam story are known, Kennedy’s film fills in surprising details. With a U.S. ambassador who refused to plan for anything that could be seen as a retreat and a congress that wanted the U.S. out of Vietnam and didn’t want to authorize any more funding, the endgame relied on clandestine operations to smuggle out Vietnamese who were at risk because they helped the Americans. In the end, it devolved into a frantic evacuation that put thousands of friendly locals in serious jeopardy.

The film is a devastating indictment of official ineptitude, but also a chronicle of small acts of kindness and heroism that in the end were huge. And it casts a stark light on the current situation in the Middle East, where the U.S. attempt to come up with a workable exit strategy is in something of a shambles.

Kennedy’s previous films include the Emmy-winning “Ghosts of Abu Ghraib” and the Emmy-nominated “Ethel,” about her mother Ethel Kennedy. She is the youngest child of Robert F. Kennedy, who was assassinated while running for president on a get-out-of-Vietnam platform in 1968.

The director spoke to TheWrap the day her film opened to rave reviews in Los Angeles as part of  a 15-city rollout.

TheWrap: Were you thinking about the present situation in the Middle East when you were making this film?
Rory Kennedy: That was part of my interest, definitely. I felt that it was relevant both because we were nearing the 40th anniversary [of the end of the war], but also because at that point we were on the brink of getting out of Iraq and Afghanistan. I did feel it would have relevance.

I think part of why the film is touching a nerve is because of its timeliness. Even though the film takes place exclusively 40 years ago, and it doesn’t make any connections to what is happening today, it’s hard to watch it and not make those connections.

See video: ‘The View’ Fired Up Over Obama and ISIS: ‘Damn it, I’m Getting Tired of These People Trying to Scare Us’ (Video)

Did we learn anything from those final days in Vietnam?
I think we haven’t learned the lessons from the last days in Vietnam, partly because we didn’t know what happened. So I looked at this film as an opportunity to share this seminal moment in our nation’s history, and present it in a way that’s as neutral as I can make it. It’s not completely objective, because I don’t believe you can be that, but it really presents the facts of what happened. We can individually make sense of it, and hopefully bring whatever lessons we bring to it to other engagements.

It’s been remarkable to me how few people know the story — and I put myself in that boat as well. I don’t think we have a handle on what happened, and the implications and its relevance today. And I’ve been blown away by historians, politicians and other people saying, “I can’t believe I didn’t know the story.” That is the universal dominating response to the film.

It’s not a film where you say, “Oh, if they had done this instead of that, things would have been OK.” Vietnam was an impossible situation, in many ways.
When I look at what happened in Saigon in April 1975, it feels to me that there were very few good options available for our government. Even if Congress had passed the $720 million package to help the Vietnamese, it would have helped but I don’t think it would have made a huge difference.

Which says to me that the place where we have control is in the decision to enter these engagements or wars in the first place. Once you greenlight that process, you can very easily lose control — and as we did in Vietnam, you can lose the war. And that can hurt the people you leave behind. There’s a person in our film who spent 13 years in a re-education camp because he helped the Americans and worked for an American company. We leave, and he spends 13 years at hard labor. I think it’s important to remember that.

For me, the film is a reminder of the human cost of war. Sometimes in the debates about whether we should engage here or there, we lose sight of that. I think it’s a reminder of what happens to the people on the ground, and our responsibilities to those people. Like the people in Iraq and Afghanistan — they help us, they rely on us, and when we leave they’re more vulnerable because of their ties to us.

What is the exit strategy? What are our responsibilities to the people on the ground? What happens when we leave? These seem to be basic fundamental questions we need to address and understand before we get involved. Maybe we’ll make the same decisions, I don’t know. I’m not saying we shouldn’t do something about ISIS, but we need to look at these other questions too.

See video: Rachel Maddow Chews Out Media for Booking Iraq War ‘Yahoos’ Who Got It Wrong the First Time (Video)

Vietnam was exhaustively chronicled on the nightly news, in books and to some degree films afterwards. Why don’t we know the details of those final days?
I think by the time that war was over, America was done with it. We wanted to move on as a people and not look back. What was coming out of the nightly news were frantic images of people desperately trying to leave. But I don’t think there was an opportunity to create a narrative around that, and to unpack it and understand it.

Now it’s 40 years later, and a lot of these people are still alive. And they were able to help us understand what happened in Washington, and we can also hear from people who were on the ground, and kind of make sense of it.

Were those people eager to participate, or were they reluctant?
There was general reluctance, but people came around pretty quickly. Henry Kissinger was probably the hardest to convince. It took a lot of calls and emails, but he eventually came around.

I think a lot of those folks suffered post-traumatic stress from that moment. When I asked them to relive it, it really took a toll. Many of the people told me it took them a week to recover from the interviews. I’ve gotten tons of emails from people in Vietnam who can’t see the film because it’s too traumatic for them.

Have you shown the film in Washington?
We did a screening in there with a handful of senators and congresspeople, and we’re doing more. And when we showed it, people really got the connection between this moment in history and what is going on now. We screened it in Washington the night that Obama was giving his ISIS speech, and the New Yorker wrote a great article about how Obama should watch this film, and the importance of the lessons to be learned from that moment in history.