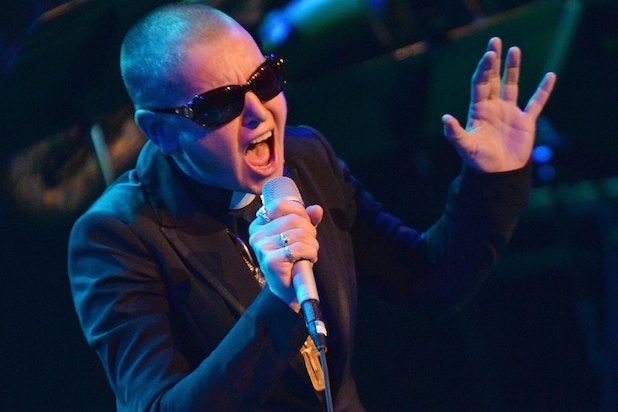 Sinead O’Connor does not take kindly to being labeled a liar, and now says she has emails and audio tape proving Dick Clark Productions executives hoped she would perform at the American Music Awards following an introduction from Pope Francis.

The singer, who just released a new single, told TMZ the production company is blatantly lying in a response to her scathing blog post ripping DCP over the “shit idea.”

When O’Connor’s manager emailed her record label to ask who AMA producers wanted her to appear with, a record executive wrote back, “Take a deep breath … Pope Francis. No joke.”

O’Connor famously ripped a picture of Pope John Paul II during a performance on “Saturday Night Live” in 1992, which set her promising career as a chart-topper in a tailspin.

Also read: Sinead O’Connor vs. Miley Cyrus: Latest Letters You Gotta Read: ‘Who the F— Is Advising You?’

While DCP sources previously told TMZ that the stunt was never discussed — and it was actually O’Connor who pushed for the gig on the awards show airing on ABC next month — O’Connor wrote on Oct. 10 that DCP executive Michael Schimmel admitted to her that he approached the Vatican over Twitter.

“When asked did he actually believe in his madness that the Pope attends his own Twitter account, Schimmel said simply, ‘A lot of people use Twitter.’ Yeah. A lot of people are twits too,” ‘O’Connor wrote. “I ask him does he honestly believe in his madness that his plan could have come to pass? I wonder like, did this guy’s parents work to put him through college? He tells me, ‘I’m not ashamed I had a great idea.'”

Also read: Sinead O’Connor Rips Dick Clark Prods Over ‘Sh-t Idea’ of Teaming Her With The Pope at AMAs

Representatives for Dick Clark Productions and O’Connor’s record label have not yet responded to TheWrap‘s request for comment.