In 2017, director Jeff Orlowski noticed that his friends working in tech were starting to speak out about the larger societal problems created by their industry. They were talking about the negative effects of social networks and search engines that have led to real-world harm, from violent protests and misinformation to privacy abuse and mental health impacts.

“This really turned into an investigation into what is our technology doing to society,” Orlowski said during TheWrap’s Emmy Screening Series presentation of his movie, “The Social Dilemma,” presented by Netflix. “What is Big Social doing to society? That was really the underlying question that drove the making of the film.”

Released on Netflix in 2020, the documentary goes in-depth into conversations with former employees at all the major tech companies behind these apps and devices. In addition to subjects from companies including Google, Facebook, Instagram and Twitter, the film also features experts in policy, health and data science that offered their perspectives on technology’s contribution to some of the ongoing issues we face in election hacking, loneliness and addiction. 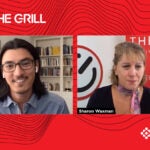 But it isn’t just the offline problems society is struggling with — the growing problem was also what’s going on behind the scenes, inside of these tech giants, where entire teams of engineers and designers are working to keep users glued to their platforms, engaging as much as possible and using their activity and psychology against them.

Creators behind many of the app features we have come to know and use, including the Facebook “like” button and algorithms that drive many social media and search platforms, speak up in the film and question whether their products and ideas have actually had a positive impact in the world.

At the same time, these leaders started to drive a shift within the tech industry that involved creating better practices and building greater consciousness into these tools and apps. They pointed to an urgent need to rethink some of the features and business models of these major tech companies, and many started to question the ethics and responsibilities of how these platforms actually work and how they are designed.

For the first year or so, Orlowski and his team started following around his friend Tristan Harris, president and co-founder of the Center for Human Technology. Harris was a former Google design architect that worked on design ethics at the search giant. Harris has become an expert speaking out about how tech companies compete for our attention and drive addiction and polarization. 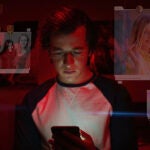 Also Read:
3 Ways to Solve the ‘Social Dilemma’ That Netflix Doc Is Warning Us About | PRO Insight

As they started interviewing subjects, the list of people continued to grow. Because it was such a huge topic with so much material to cover, in the beginning, the team also discussed turning the project into a series. They easily could have filled six to eight hours of content, Orlowski said.

“We were getting introduced to different subjects through every interview that we did,” Larissa Rhodes, a producer on the film, said. “In some cases, it was difficult to get people to either want to talk on camera about their work or … even the reality of understanding how big this problem really was. On the flip side of that, there were tons of people that were very eager to talk about the issues they were seeing in the space and really want to be a part of the solution and how they see their own involvement in that.”

As many of these tech companies were high-profile corporations, the production was kept pretty quiet, Orlowski said. They didn’t want to risk anything getting leaked while they were making it. After the film came out, however, Facebook was the only company mentioned in the documentary that issued a public response. Following the Jan. 6 riots at the U.S. Capitol a few months after the release, Facebook also started to try and change its actions internally after much scrutiny.

Some of the creators on this project were also involved in past projects, including “Chasing Ice” and “Chasing Coral,” which were also investigating documentary pieces exploring the world’s changing glaciers and coral reefs. Those projects looked to expose the invisible problems in the climate.

“It was interesting coming from a film we made before, where we found an interesting way to show a problem to people in a way they hadn’t seen before, witnessing the change happening to coral reefs,” said Davis Coombe, editor and writer.

Writer Vickie Curtis said “Chasing Coral” and “The Social Dilemma” are more related than people might realize when it comes to plot. Although the former is about a climate issue, she said, both are actually dealing with an existential crisis in the modern world.

“Existential crisis-level problems are really hard to capture on-screen,” she said. “It’s hard to capture the scope and magnitude because you can’t point your camera at all of humanity and say, ‘Look at what’s at stake.’”

The documentary is interwoven with a fictional storyline that takes people into some of the experiences behind the screen, the reality that exists on the other side of their devices. Orlowski’s initial idea was to show people how the technology and algorithms were making choices about how to get users back on the platforms and how to engage them. The algorithms are all motivated by showing people ads at the right time, getting them to invite others onto the platform and get more of their attention.

“That’s how we came up with the story of the character Ben and his family, each struggling with a different part of the beast of Big Social, whether it’s the opportunity for more bullying or political extremism,” Curtis said. “Just tuning out of your real-life into your screen life.”

It’s a system where 3 billion people are “jacked into the system,” she added. And part of the larger problem the film tries to illustrate is that these companies have immense control over information, and the way people interact with all that information.

Throughout the course of the project, some of the team found themselves unplugging from their social media accounts. Some of them were never really using social media before this, but working on this film has definitely changed their views about how they use technology.

And after about a year since releasing the film, the team behind “The Social Dilemma” has been engaging in dialogue with more than 85 policymakers globally that are interested in tackling the problems depicted in their movie.

“We are hearing a huge shift in tone and tenor in what regulators and policymakers think can and needs to be done on this front,” Orlowski said. “There’s a model there that people can pay for that can really be designed for the general public. Both from murmurs within the companies and then also from policymakers, we’ve been hearing a huge turn of the tide around what the future is going to look like.”