After Belly’s love triangle between brothers Conrad and Jeremiah took over the hearts and minds of fans, when will the coming-of-age series “The Summer I Turned Pretty” return for its second season?

The first season of the series, adapted from the YA bestseller of the same name, followed Belly as she returns to Cousins Beach and realizes that she might have feelings for Jeremiah — and wonders what this revelation means for her long-time crush on Conrad.

The series also dives into the friendship between mothers Laurel and Susannah, who each struggle with their own challenges related to love and family. Following the plot of the YA novel, Susannah also reveals that she was diagnosed with cancer despite keeping it a secret from her sons so they could enjoy the summer. 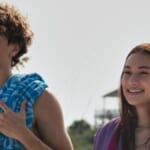 Also Read:
‘The Summer I Turned Pretty’ Author Jenny Han Explains Why She Made Jeremiah Queer in the Show

Has “The Summer I Turned Pretty” Season 2 been confirmed?

Yes! Amazon Prime Video announced that the series was renewed for a second season ahead of its Season 1 debut.

When will Season 2 come out?

Jenny Han said that production for season was about to begin in an interview with CBS News June 27. Even though filming has likely already begun, since the series took a year from its announcement to arrival on the streaming service, we anticipate a summer 2023 release date.

Who will be in “The Summer I Turned Pretty” Season 2?

Although Susannah passes away between the first and second books, Rachel Blanchard might make appearances through flashbacks, though it has not been confirmed. It’s also entirely possible that Susannah is still alive when Season 2 begins, as author and showrunner Jenny Han made a number of changes to her own books in Season 1.

What will season 2 be about?

The overall plot of the second book in the series, titled “It’s Not Summer Without You,” sees Susannah’s death create a rift between Belly and Conrad while bringing Belly and Jeremiah closer as they search for Conrad after he goes missing. It is unclear if that exact storyline will follow in Season 2 of the series, as changes to the adaptation have been made.

Will there be more seasons of “The Summer I Turned Pretty?”

Despite not having any confirmation of additional seasons, if each season follows a book in the series, we are hopeful that there might be a third season to match the final book in the trilogy, titled, “We’ll Always Have Summer.” Han has an overall deal with Amazon, so her future at the streamer is bright. 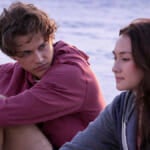 Also Read:
Here Are All the Songs in ‘The Summer I Turned Pretty’