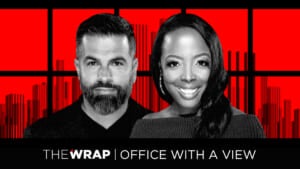 Which series are working overtime to attract new customers as the streaming wars grow even more crowded and competitive?

According to a survey of 1,372 users of Whip Media’s TV Time social app, Apple TV+’s “Ted Lasso” was the show most frequently cited as the trigger compelling them to subscribe to a streaming service in the past year.

“Yellowstone,” which airs on Paramount Network but streams on Peacock, came in second in the findings, which were provided to TheWrap exclusively. And the Paramount+ original “Star Trek: Picard” was the third-most mentioned show to prompt TV Time users to become streaming subscribers.

The TV Time survey also found that “Ted Lasso” was the top title for user interest among shows not yet watched, suggesting that the show is building significant awareness for Apple TV+ while also driving subscriptions. (“Ted Lasso” was the 12th most-watched original streaming series in the United States across all streamers in 2021, according to Nielsen). Apple originals “The Morning Show” and “Severance” also made the list.

As one of the smallest paid streaming services in the U.S., Apple TV+ has the most room for subscription growth among the premium services. In contrast, Netflix is bumping against a saturation point as the world’s largest streamer.

In terms of marquee franchises, American consumers remain glued to Disney’s Marvel Cinematic Universe and “Star Wars,” as well as Warner Bros. Discovery’s DC Comics superheroes. Yet when accounting for new subscriptions in the past 12 months, “Star Trek” titles may actually have been the strongest driver to subscribe to a service — in this case, Paramount+. From the first quarter of 2021 to the first quarter of 2022, the service has added 23.1 million subscribers, topping the growth of Netflix (14.24 million) in the same span. 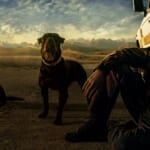 “Yellowstone” averaged more viewers (11.3 million) than ESPN’s “Monday Night Football” (11.2 million) in the 2021-22 broadcast season. Though Paramount Global agreed to license the series to Peacock prior to the launch of its own streaming platform, you can bet the company is itching to reclaim the rights given the massive popularity of “Yellowstone.”

Then again, it’s not as if Paramount+ is hurting too badly without the Kevin Costner Western. The service, which has grown to nearly 40 million subscribers, boasted the most titles in TV Time’s top 20 list of best subscription drivers: five, including two “Star Trek” shows, the “Yellowstone” prequel series “1883,” the video game adaptation “Halo” and the former CBS original “Evil.” (And Paramount Global’s Showtime had three more, including “Yellowjackets” and two “Dexter” series.)