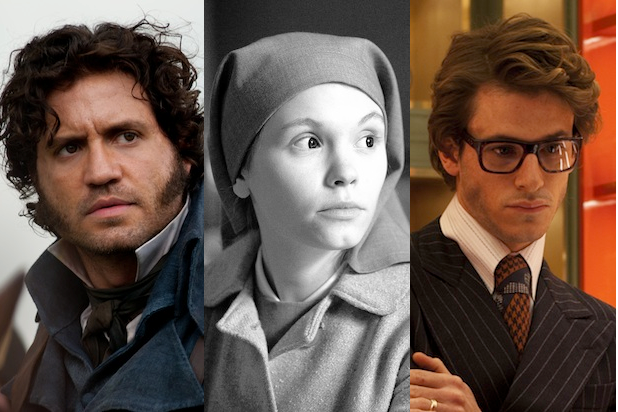 Only four days after learning that a record 83 countries would be competing in the Oscar race for Best Foreign Language Film, voters in the category need to get to work.

Member screenings of all eligible films begin on Monday night with Poland’s “Ida” and end nine Mondays later, on Dec. 15, with Bangladesh’s “Glow of the Firefly.” In between, the Samuel Goldwyn Theater at the Academy’s Beverly Hills headquarters will play host to members who like reading subtitles almost every night.

As one avid foreign-language viewer said last week after the size of the field was revealed, “I’m moving into the Academy.”

The list of eligible films was released by the Academy on Thursday, and TheWrap has the entire list here, with descriptions and links to trailers for almost all of the films. And now that the schedule of Foreign Language Film Award screenings has been posted on the Academy website and sent to members, here are a few things to know about the screening process that will narrow 83 films down to nine semi-finalists, and then five nominees.

1. It’s a killer schedule.
83 movies in 64 days. Screenings 45 days out of 57 — i.e., almost four nights out of every five — if you don’t count a week-long Thanksgiving break. 11 straight days of screenings at the beginning of November.

And the December homestretch is particularly brutal: In the first 15 days of the month, the Academy will screen 27 movies in 14 sessions, with only one night off between the beginning of the month and the end of voting.

2. The submitting countries didn’t mess up too badly.
As the individual countries began announcing their submissions, many Oscar-watchers prepared for the yearly ritual of pointing out how Country X made the wrong choice, opting for a movie that could never win over one that had a real shot, or taking a politically-safe choice over an artistic one. And most eyes were focused on Russia — which, the conventional wisdom said, couldn’t possibly be bold enough to choose Andrey Zvyagintsev’s “Leviathan,” a damning look at Russian corruption that wowed everyone at Cannes.

But the Russians did choose “Leviathan,” and there was no uproar. So while yes, you could argue that maybe China should have gone with Zhang Yimou’s “Coming Home” over “The Nightingale,” and maybe France should have taken another look at “Blue Is the Warmest Color,” which was eligible this year because of its French release date, there was no sense that any country blew it as badly as, say, India did last year by going for “The Good Road” over “The Lunchbox.”

With two Sundance titles, seven from the main competition at Cannes, three from Cannes’ Un Certain Regard and one from Directors Fortnight and three more from Venice, the 2014 field is deep and strong … with, as usual, an enormous number of wild cards hoping to take viewers by surprise. (Most of them won’t.)

3. Thankfully, voters don’t need to see all 83 movies.
And of course, hardly any of them will. (Executive branch member Michael Goldman does, but he’s a rare case indeed.) The Academy divides its foreign-language volunteers — who come from all branches of the Academy — into three color-coded groups, and split up the eligible films between them.

For a voter’s ballot to count, he or she must have seen 65 percent of the films in his or her group — this year, that means 18 of the 28 films in the red and blue groups, 18 of the 27 in the white group. (You can also see films from other groups, but they don’t count for as much: Every three films seen outside your group count the same as two films from your group.)

4. A change in the math rules helps.
While the number of entries has expanded rapidly, the number of movies a voter needs to see for his or her vote to count hasn’t. That’s because of a 2013 rule change that meant viewers would no longer need to see 80 percent of the films in their group to qualify. If that 80-percent rule was still in effect, it would mean that voters would need to see 22 movies if they were in the white group, 23 in blue or red.

5. It’s not a good idea to skip the first week of screening.
Opening night of the FLFA screenings, which is a blue group night, begins with Poland’s “Ida,” which might be the most widely-seen of all the films courtesy of a U.S. release from Music Box Films and a respectable gross of $3.6 million. That film will be followed on Monday by Hungary’s “White God,” a dark but bracing work that won the top award at Cannes Un Certain Regard section.

Both have to be counted as formidable contenders in the race — and so do three other films that screen in the first week. The second screening, which is opening-night for the red group, is Turkey’s “Winter Sleep,” which won the Palme d’Or at Cannes. The second night for the reds includes Sweden’s “Force Majeure,” another Cannes entry. And the first screening for the white group, which takes place on Saturday morning, begins with Belgium’s entry, the Dardenne brothers’ affecting “Two Days, One Night,” with Marion Cotillard.

That’s five of the highest-profile titles in the first week alone — and if you’re looking at films that came out of Cannes and other festivals with significant buzz (a group that also includes Russia’s “Leviathan,” Canada’s “Mommy,” South Korea’s “Haemoo” and Israel’s “Gett, the Trial of Viviane Amsalem,” among others), it’ll be another seven weeks for that many hot titles to screen.

6. It’s tougher to clear your calendar than it used to be.
The groups used to be set apart by the days they saw films: There was a Monday night group, a Friday night group and a Saturday morning group. Now, with more films to see, there simply aren’t enough Mondays, Fridays and Saturdays to do enough viewing. So while the blue group has nine Monday night screenings, they also have one Sunday morning, one Wednesday evening and four Thursday evenings. Red has seven Friday nights, but also Sunday, Tuesday, Wednesday and Thursday screenings; white concentrates on Saturday morning, but also throws in Sunday, Tuesday and Wednesday.

7. Oscar campaigners have it tougher, too.
In the past, consultants running Oscar foreign-language campaigns knew just when to schedule outside screenings of foreign-language films: Tuesday through Thursday, when the Academy wasn’t doing its own FLFA screenings. Those were the nights when they knew all the potential voters were most likely to be free.

But now, there are only 15 free weeknights over the next nine weeks — and five of those fall in Thanksgiving week, when many members may be out of town. As a result, some screenings and receptions have moved to weekend afternoons and evenings, while others must simply bite the bullet and hope to attract voters whose group is off on any given night.

8. As usual, some international filmmakers really like taking their time.
While the usual screening night is a double bill with refreshments served between the films, seven of the films are more than two-and-a-half hours long, necessitating a one-film evening. “Winter Sleep,” “Glow of the Firefly,” Hong Kong’s “The Golden Era,” Indonesia’s “Soekarno,” Germany’s “Beloved Sisters” and Macedonia’s “To the Hilt,” which range from 150 to 190 minutes, all have a night or morning to themselves. So does the Philippines’ “Norte, the End of History,” an epic that lasts a staggering four hours and 10 minutes. It screens the morning of the Academy’s Governors Awards, on Nov. 8.

9. But others like getting to the point.
The shortest film, on the other hand, is Luxembourg’s “Never Die Young,” which runs only 69 minutes. Entries from Nepal, Bosnia, Singapore, Moldova, Chile and Poland also come in at less than 85 minutes — meaning you could see any three of them in the time it’d take to watch “Norte,” and have plenty of time left over.

10. After all this, different voters are going to take over.
Following the first round of screenings — after 45 nights, 83 films, more than 150 hours of moviegoing — the folks from PricewaterhouseCoopers will pack up the scorecards that voters have filled out at the Academy, and start counting. They’ll look at all the scores, which will rate each film on a scale of 6 to 10 — and determine the six highest-ranked movies.

Then PricewaterhouseCoopers will reveal those six top finishers to a group of 20 Foreign Language Film Award Executive Committee members hand-picked by chairman Mark Johnson in consultation with the Academy; those 20 will argue, discuss, lobby and add three more films to make up a nine-film shortlist that will likely be revealed before Christmas.

And on the weekend before the Oscar nominations are announced, phase two committees in Los Angeles, New York and London will watch all nine shortlisted films over three days, and vote to select the five nominees. The move from general voting to two rounds of committees comes to the chagrin of some members who feel that they’re putting in an enormous amount of work but essentially being disenfranchised — though the process has definitely diminished the griping about inexplicable oversights and baffling choices that often arose in years when the entire vote was in the hands of the mass of voters.

But all of that is 14 weeks away. For now, it’s time to start watching movies.