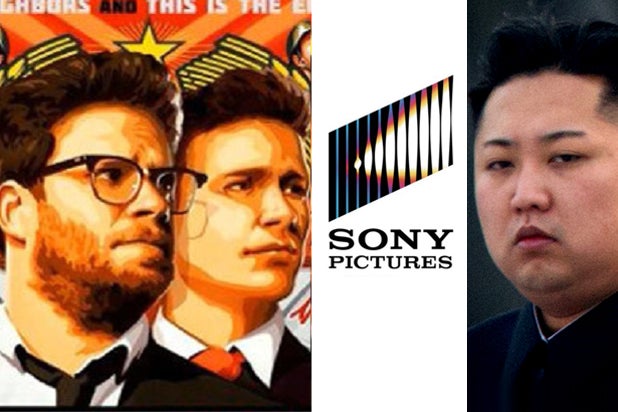 Sony Pictures tech experts will begin rolling out a newly cleaned computer system with heightened security safeguards as early as Friday, six weeks after a hack attack crippled operations and led to a data dump of the studio’s strategic business plans, employees’ personal information and emails.

The upgrade will bring to an end six weeks of scrambling for many Sony workers, who had to create work-arounds when the hackers sent ominous threats and shut down their computers, emails and phones as the busy holiday season began in the worst cyberattack ever suffered by a U.S. company.

The computer systems will not be back online fully for another few weeks, an individual with knowledge of the situation told TheWrap. And the studio continues to face numerous uncertainties, among them:

>> The fate of the studio’s leadership remains unclear. Co-Chief Executives Michael Lynton and Amy Pascal will ultimately answer to Sony Corp.’s Tokyo leadership and stockholders for green-lighting “The Interview,” their response to the hacking and the damaging business data and embarassing emails that were leaked. Words of support for the duo were nowhere to be found in Sony Corp. CEO Kazuo Hirai’s message to studio employees on the Culver City lot Wednesday. And the fact they’re still in their jobs isn’t necessarily telling. Tokyo leadership may simply want to put more distance between the scandal and any executive moves, to muffle the recent drumbeat of negative publicity.

>> The class action suit filed Tuesday by a former Sony software engineer is the sixth the studio has been hit with since the hack attack. Most of the plaintiffs claim that the studio did not adequately take steps to protect and then retrieve their stolen information after the hack. Those legal moves assure the scandal will be in the news for months, if not years .And the potential financial impact on a studio that was already laying off employees and cutting back could be significant.

>> Despite the best efforts of FBI investigators, reports persist that a current or former employee may have been involved with North Korea in the cyberattack. The digital equivalent of a “smoking gun” that clearly indicates who is responsible may never be found, so suspicions that a colleague or former employee could be responsible may never go away.

>> The extent to which Sony’s relationships with talent, vendors and business partners have been hurt is another X factor. Angelina Jolie, Sly Stallone and Judd Apatow were among the A-listers that were targeted in the hackers’ leaks of stars salaries and personal info, and that along with some snide email comments from Sony execs won’t help relations with talent going forward. The biggest theaters chains also won’t forget any time soon the studio’s decision to release “The Interview” online at the same time as theatrical, a move they have opposed for years.

In an interview given to the AP on Thursday, Lynton said: “There’s no playbook for this, so you are in essence trying to look at the situation as it unfolds and make decisions without being able to refer to a lot of experiences you’ve had in the past or other peoples’ experiences. You’re on completely new ground.”

The recovery process necessitated a company-wide shutdown of the computer system to halt further access by the hackers and allow investigators to survey the damage, followed by an intense “scrubbing” of hard and shared computer drives and the installation of upgraded security software.

Beyond finally returning to normal operations, the good news for the studio is that the amount of highly sensitive business data lost – including talent and vendor contracts —  will be significantly less than Sony executives feared immediately after the attack.

The attack, which the FBI has said was driven by the North Korean government and intended to prevent the release of the film comedy “The “Interview,” came at one of the most challenging times of the year for the studio. Year-end accounting, home entertainment Christmas order fulfillment and the rollout of holiday anchor film “Annie” were hitting high gear when the hackers struck.

Sony staffers used cell phones, personal emails and managed without critical shared computer drives and other business tools to keep things rolling, with many working extra hours. For the most, payments to vendors were made on time, DVD orders were shipped, box office performances were tracked and pay checks were cut on schedule.

The solid if not spectacular opening and performance of “Annie” was a morale-lifting win for the studio. The family musical debuted without hitch to nearly $16 million on the weekend before Christmas, and has gone on to take in more than $75 million. That’s not terrific for a film that cost $65 million to make, but it’s definitely not a flop, which was the last thing the studio needed as it was recovering.

All of this was taking place as the bizarre tale was twisting and turning through terror threats, the scrapping of wide release of “The Interview,” President Obama’s intervention and the 11th-decision by Sony to release it in 300 independent theaters and online on Christmas Day.

Also Read: ‘The Interview’ Up to $31 Million from Online, VOD After Two Weeks

One encouraging sign was the speed with which the studio was able to cut 1th-hour deals with online providers, cable companies and satellite firms to create at network of streaming sites and video-on-demand platforms for “The Interview.”

That suggests the opportunity to partner and make money with Sony trumped the providers’ concerns about security and trust, and that’s what the studio will need more of going forward.