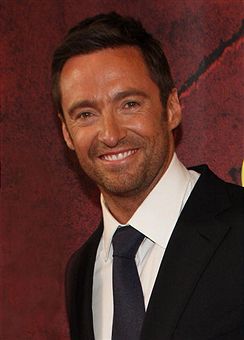 In today’s Callbacks — your daily roundup of casting news from Deal Central — Hugh Jackman, Olivia Wilde and Alicia Silverstone join the cast of The Weinstein Company’s comedy "Butter," and Kevin Bacon, Julianne Moore and Analeigh Tipton sign up for an untitled WB comedy from "I Love You Phillip Morris" directors John Requa and Glenn Ficarra.

• I’ve gotta say, I’m getting a little tired of writing about "Butter," Jim Field Smith‘s satirical comedy that The Weinstein Company has been doling out information about in bits and pieces, but these casting announcements are just too big to ignore.

Hugh Jackman, Olivia Wilde and Alicia Silverstone have joined the ensemble cast, according to Vulture/Variety, Movieline and Production Weekly, respectively.

Jackman will play Boyd Bolton, a sleazy car dealer and former flame of Jennifer Garner‘s character who uses his considerable charm to re-seduce her, while Silverstone will play the mother of an adopted African-American teenager (Yara Shahidi) who challenges for an Iowan butter-carving championship.

Wilde ("Tron Legacy") replaces Kate Hudson as a tattooed stripper with a Betty Page hairdo who serves as the reigning champion’s (Ty Burrell) mistress. Hudson was forced to bow out of the production due to a scheduling conflict with Luke Greenfield‘s romantic comedy "Something Borrowed."

Jason Micallef‘s Black List-ed screenplay riffs on the 2008 Democratic primary, so for those of you following along at home — Burrell stands in for Bill Clinton, Garner for Hilary Clinton and Shahidi for Barack Obama. I guess that would make Wilde either Gennifer Flowers or Monica Lewinsky.

The comedy begins production next week in Louisiana, and there is currently no release date scheduled. Garner is producing with Mike De Luca.

During her summer hiatus from Fox’s "House," Wilde will also film Jon Favreau‘s "Cowboys & Aliens." She’ll next be seen in Paul Haggis‘ thriller "The Next Three Days," which I am overwhelmingly excited for having loved the Oscar-winning filmmaker’s previous two films "Crash" and "In the Valley of Elah."

Jackman seems eager to combat his squeaky-clean, wholesome image between this role and his sure-to-be-legendary appearance in the anthology film "Untitled Comedy" as a character whose testicles are located beneath his chin. I’m glad to see he’s taking a much-needed lighthearted break from playing Wolverine. 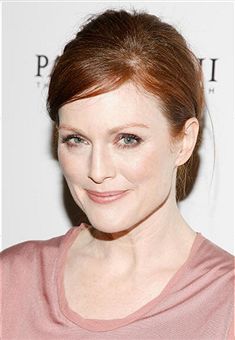 Ryan Gosling, according to the Hollywood Reporter, Hollywood 411 and Variety, respectively.

John Requa and Glenn Ficarra ("I Love You Phillip Morris) will direct the untitled film from a script by Dan Fogelman ("Cars"). The project was previously known as "Crazy, Stupid Love."

The story follows a father (Carell) whose cheating wife (Moore) wants a divorce, prompting him to hire a life coach (Gosling) to help save his marriage. Yes, it’s a downer description that sounds way more boring than the "non-comedy" could possibly end up being with such a fantastic cast.

Bacon will play an alpha male co-worker of Moore’s who begins an affair with her. Tipton has been cast as a babysitter who has a crush on Carell’s character while simultaneously being the lusted-after object of his 13-year-old son’s affection (she certainly looks the part). Emma Stone has previously been announced as Carell’s daughter.

The "Date Night" star is producing alongside Denise Di Novi, while Charlie Hartsock and Vance DeGeneres will exec produce. The film starts shooting later this month and will hopefully find a title sooner rather than later.

• Scarlett Johansson and Sam Rockwell will star in "Lunatic at Large," a mystery that Stanley Kubrick was once interested in directing