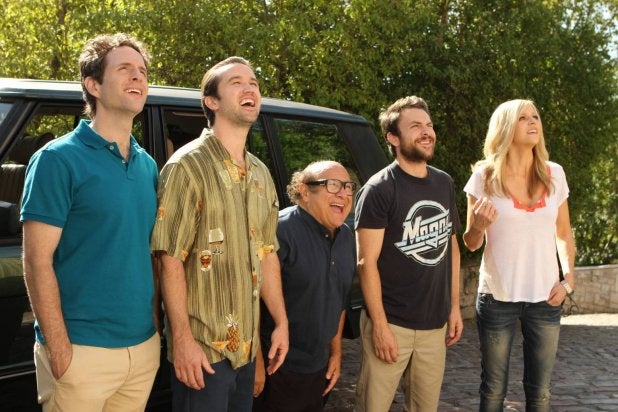 Since 2010, “Modern Family” has dominated this category in wins, while the likes of “Girls,” “Louie,” “Veep,” and “The Big Bang Theory” must be satisfied with their annual nominations. We understand that comedy is subjective — but objectively speaking, there are way more comedy shows on television than these five. We looked beyond the favorites to see what else makes us laugh and is worthy of recognition.

“Veep” isn’t the only political comedy on TV – just the one that gets Emmy nominations. But “Doonesbury” creator Garry Trudeau proves that he’s still got the comic chops to turn Congressional gridlock into laughs with this Amazon-backed chronicle of four Republican Senators who don’t know what hit ‘em when the Tea Party crashes their cozy little setup. –Steve Pond

The little show that could has been recognized twice by the Emmys, for animation and writing, but never in any of the major categories. And yet aside from its one Dan Harmon-less season, “Community” has been one of the smartest shows on television. This past season, Harmon returned and brought the show back to its roots, with some of the most surreal and bizarre episodes yet. Sharp writing, unexpected humor and a perfectly balanced comedic ensemble should get Emmy voters to notice, but it hasn’t yet. A shift to Yahoo! for a sixth season next year probably won’t help its chances, either. –Jason Hughes

Now, this is a show that deserved a second season, but it instead got even worse treatment than another  HBO comedy, “Enlightened.” To be fair, the critical love and online presence for the latter was stronger — but “Ladies” was a good, solid sitcom. The great Stephen Merchant led a talented cast that included Kyle Mooney and Christine Woods, getting themselves into — and sometimes out of — all sorts of wildly awkward situations. Also, the very first joke in the very first scene of the very first episode is probably stronger than any individual bits from the frontrunners. –Tony Maglio

Emmy voters like shows about something bigger than themselves, and FX’s hit is dedicated to tearing down people who think they’re more important than they are. You can see how their missions don’t gel. “It’s Always Sunny” should be kind of grateful Emmy voters will never get it: a nomination might destroy its street cred. It will have to settle for just being one of the funniest comedies on TV. –Tim Molloy

The comedy of discomfort is quietly flourishing on FX, where this gleefully crass tale of arrested development has assembled an all-star group of improvisers (, , Paul Scheer, Katie Aselton) to bring slackerific life to a group of misfits and losers who turn cutthroat when the fantasy football draft rolls around. –SP

A strange fit for the category, “Looking” isn’t going to knock you over the head with jokes like most broadcast comedies today. That’s not to say that the series doesn’t have its flat-out hilarious moments, but it specializes in moments that you derive joy from watching – moments that may seem awkward as they’re playing out but then cause you to laugh out load as you remember them later, while grabbing a froyo. –Jethro Nededog

“Silicon Valley” started slowly, but the show hit its comedic pace around the time that an eight-episode season has to. The season finale contains one of the greatest scenes in TV-comedy history, and the build-up to that dream payoff is a great ride in and of itself.  As a result, “Silicon Valley” was rewarded with a second season from HBO, but still is unlikely to be awarded an Emmy nom this year. Then again, most people would have said the same about “Brooklyn Nine-Nine” before the Golden Globes. –Tony Maglio

Its cancellation is a real loss for TV viewers. ABC’s “Suburgatory” planted two New Yorkers in a very heightened — surreal, at times — version of suburbia, and lets them loose to explore. There was no telling what would come next, though we could trust it would be very funny, and that it would have heart. –JN

“Modern Family” may say it represents the diversity of current family structures, but “Trophy Wife” seemed to get it even more. Trying to raise kids with ex-wives and/or ex-husbands is a way of life for millions of people in this country, and this comedy series got it. as Bradley Whitford‘s wife, with and Michaela Watkins as his two exes, created a powerful threesome that could reluctantly come together to co-parent effectively, but more often than not, their extreme personalities led to conflicts. This was a series that spoke to America, it just had the unfortunate job of doing it from behind the only TV show title in recent years worse than “Cougar Town.” The title helped kill it at ABC, and the title may kill it with Emmy voters as well. –JH