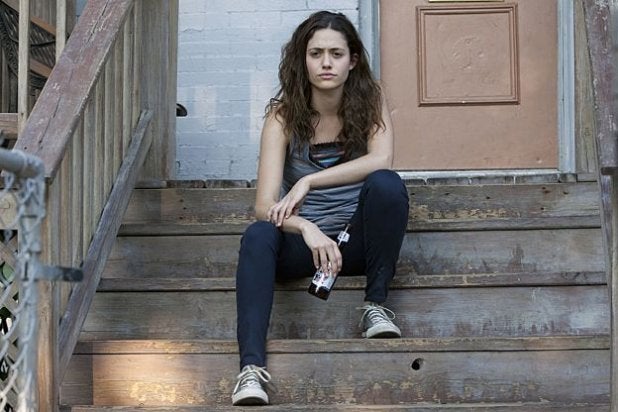 Outstanding Lead Actress in a Comedy Series is one of those categories filled with premium-cable entries year after year. That’s not to knock the work of Julia Louis-Dreyfus, Edie Falco, Lena Dunham, and Laura Dern, but it creates a very competitive field that can be hard to break into. And it means that many deserving women who make us laugh each week have yet to get noticed by the Academy. But we’ve certainly noticed them.

Despite its terrible title, this show survived because Cox carried it on her shoulders until the creators realized it just needed to be a show about her boozing it up with her new “Friends.” Cox proves that a series lead can be just as crazy as her supporting cast, throwing herself with reckless abandon into physical comedy and ridiculous situations with a smile. It’s hard to stand out in one of comedy’s best ensembles, but Cox’s Jules is the center of this universe. Whether it’s the unfortunate title or the show’s recent home on TBS, Emmy hasn’t noticed it yet, and that’s unfortunately unlikely to change. –Jason Hughes

Deschanel is one of those comedic talents so consistently good you stop noticing. That’s what has happened with “New Girl,” where her title character has also had to hand off some screen time to the fellas on the Fox sitcom. Hurting Zooey’s case is that Jake Johnson, Max Greenfield, Lamorne Morris and Damon Wayans Jr. are all really good too — the curse of being on a great ensemble. Deschanel, who was last nominated for an Emmy in 2012, is seeing her stock fall a bit as her talented Fox Tuesday comedienne Mindy Kaling’s is rightfully rising. She deserves better. –Tony Maglio

Maybe we should be content that Martha Plimpton was nominated for this role back in 2011 — a quirky year that saw Melissa McCarthy win the statue. Generally, the nature of “Raising Hope” may be considered too down-market for the Emmys. Plimpton overcame that by completely dedicating herself to the role. And if you watched the now-canceled show, you know what it asked it actors to do for a few laughs. –Jethro Nededog

While several of the cast members of this primetime soap opera submitted themselves in the lead-actress category, Ramirez has managed to stand out from the beginning for her portrayal of the sweet Rosie Falta. As she got pulled deeper into the central mystery, Rosie showed surprising strength of character, making her someone fans could root for. It’s hard to convince Emmy voters to take soap operas seriously these days, and especially one on Lifetime. Regardless of its soapy aspects, this cast is turning in stellar work, with Ramirez at the top of the list. –JH

The Showtime series’ only Emmy recognition has come with three nominations for in the guest actress category, while stars Emmy Rossum and have been overlooked. That’s not likely to change with the show’s move from the drama to comedy categories this year, even if Rossum found fresh ways to play trashy desperation as her character spiraled downward. –SP

On a show filled with over-the-top characters and situations, Jane Levy keeps “Suburgatory” grounded in reality as we marvel and scoff at all the garish trappings of soccer moms and country clubs along with her. Sardonic, cynical with a vulnerable side that became exposed more fully as the show went on, Levy tempered her deadpan delivery with occasional cracks in the armor. She made Tessa Altman perfectly human against impossible odds, and gave the show the heart it needs to be more than another parody of suburbia. –Linda Ge

This sometimes offensive comedy is full of short jokes, Ponzi-scheme jokes, poor-people jokes, boob jokes and every racial stereotype imaginable — and Kat Dennings drives home each punch line with the timing and emphasis of old-school comedies. Even comedy heavyweights like Jennifer Coolidge and Garrett Morris can’t steal the scene when Dennings’ acerbic tongue delivers a hilarious insult, pun or self-deprecating line. That in itself is reason enough to reward the young comedienne. – Rebecca Rosenberg

In “Hart of Dixie” we get to see a grownup side of the actress who sang backup to Marissa Cooper on “The O.C.”  As the adorably narcissistic, good-hearted Dr. Zoe Hart, she’s endured family and relationship turmoil with snappy comedic timing and one-liners. But we can almost understand how Bilson gets overlooked with all her good looking male counterparts (Wilson Bethel, Scott Porter … ) distracting voters.  – RR