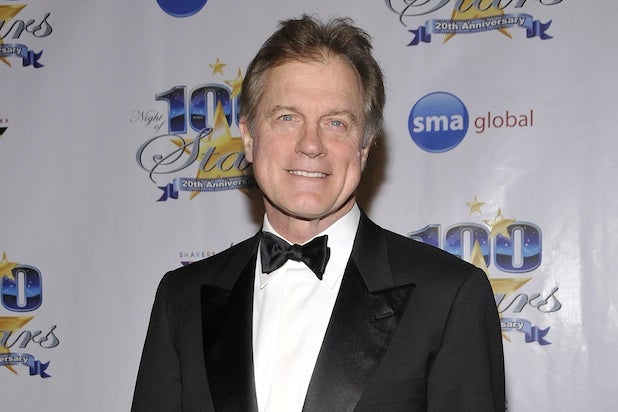 ABC’s “Scandal” is cutting Stephen Collins’ scenes from an upcoming episode amid allegations that he molested several young girls.

“We can confirm that we will not be airing any footage with Stephen Collins,” a show representative said in statement obtained by TheWrap.

Collins previously appeared on “Scandal’s” second season on an episode titled “Happy Birthday, Mr. President.” He played Reed Wallace. In September, he returned to shoot his scenes for an upcoming episode.

“Happy to say I did another episode of #Scandal. Had a gr8 time. Wish I could say more but @ShondaRhimes would have to kill me,” he tweeted on Sept. 23.

Earlier this year, “Scandal” had to deal with another controversy with one of its actors. Series regular Columbus Short had been charged in February with misdemeanor spousal battery, and his wife Tanee McCall later filed for divorce. Just a few weeks later, Short was arrested for a felony battery charge after a fight in a restaurant. Amid Short’s legal problems, the show ended up firing him.

Collins came under fire on Tuesday after audio recordings were released in which Collins admitted to molesting young girls more than 40 years ago, though it wasn’t reported until 2012.

In the audio footage, Collins spoke with his then-wife, Faye Grant, and a therapist. According to TMZ, Collins didn’t know Grant had recorded the session.

The New York Police Department is currently investigating the claims on the tape, working with Grant in Los Angeles and the LAPD.

In response to these allegations, the actor was fired from the upcoming “Ted 2.” Also, reruns of “7th Heaven” were removed from TV Guide Network and UP TV’s lineups, and Collins resigned from the National Board of the Screen Actors Guild.