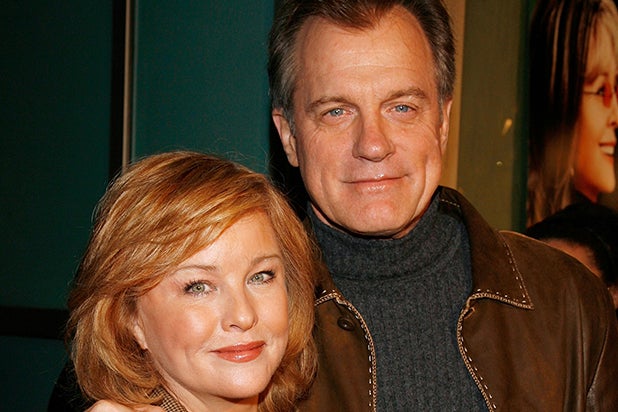 New details have emerged from “7th Heaven” star Stephen Collins and wife Faye Grant’s divorce in wake of sexual molestation allegations which surfaced Tuesday in a shocking new report. The accusations lodged against the actor could affect his $14 million divorce.

In the divorce documents as well as response documents obtained by TheWrap, Grant claimed he had been carrying on a “secret life” and had a long term pattern of “sexually molesting children.” The papers also detail the potential financial impact of the allegations in the divorce, and includes revelations about his recent earnings on “Revolution,” “Devious Maids,” “Scandal” and “The Fosters.”

Following the breakdown of their 27-year marriage, the couple’s combined assets are $14 million, of which Grant was seeking half. However, according to a TMZ report published Wednesday Grant wants almost all of it, and sources claim the actor has accused her of using the child molestation allegations for monetary gain.

In the divorce documents, Grant claims Collins has “greater earning capacity than she does,” stating:

In the response, Collins listed his average monthly earnings after business expenses as $15,800.

Here’s a further breakdown from the aforementioned response documents filed in February and April with the Los Angeles Superior Court:

At the time of the filing, the actor who played the beloved preacher on “7th Heaven” has paid $454,000 in attorney fees.

After the scandal broke Tuesday, Collins was fired from Universal’s upcoming comedy sequel “Ted 2,” he resigned from his position on the SAG-AFTRA board, and “7th Heaven” reruns were pulled from UP TV.

On Wednesday, ABC’s “Scandal” announced that it was cutting him from scenes in an upcoming episode. “We can confirm that we will not be airing any footage with Stephen Collins,” a show representative said in statement obtained by TheWrap.