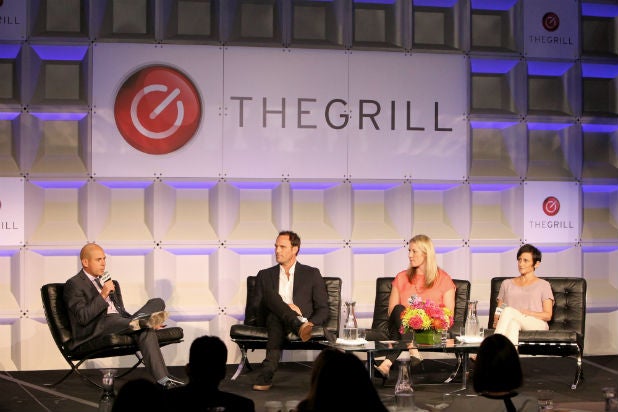 Now that crowdfunding has gone mainstream, what are the lessons learned from crowdsourced financing?

Panelists were on hand at TheWrap’s Media Leadership Conference, TheGrill, to discuss the next iteration of financing content online for a conversation entitled “The Latest in Crowdfunding: Do Perks and Equity Add Up?” Moderated by Brent Weinstein, head of digital media at UTA, the discussion included Chance Barnett, founder and CEO of Crowdfunder; Danae Ringelmann, co-founder and chief development officer of Indiegogo; and Lenore Zerman, partner at Liberman Zerman Management and Crescendo Productions.

Ringelmann surprised the audience by telling them that crowdfunding is a bit of a misnomer.

“The biggest mistake you can make is if you think of it as a way to ask the crowd for money,” said Ringelmann. “Call it ‘shape the world around you.’ Make the world you want to see happen, happen.”

Studios are using the platform to vet and discover community-backed projects. Ringelmann pointed out that crowdfunding platforms like Indiegogo can serve as an incubation platform where artists and producers can figure out if there is a market for their products — and failure on the platform is not always a bad thing.

Another element that crowdfunding platforms are seeing is equity financing. The recent sale of crowdfunded Oculus VR to Facebook had its backers wondering if they should have received a portion of the profits.

“There was a backlash from a significant portion of the backers,” said Barnett.

Barnett was fresh off his Grill announcement of a $3.5 million Series A funding round for Crowdfunder. While crowdfunding platforms like Indiegogo are “perk-based,” meaning they give contributors rewards for their donation, sites like Crowdfunder offer equity investments for accredited investors — those who can prove $200,000 yearly income over three years or have a net worth of $1 million.

But Chance noted that in the next three to six months crowdfunding on the Internet may allow for non-accredited investors to see returns on their money on crowdsourced projects.

“We think there’s going to be some significant things happening,” said Chance.

And whether someone is a first-time filmmaker or an established star, the panel agreed that there’s a place for everyone on a crowdfunding platform.

“Think of it like there’s a community out there that needs you,” said Zerman.

Zerman led the recent campaign to finance part of Don Cheadle‘s upcoming Miles Davis biopic, “Miles Ahead.” The film took eight years before it started shooting. Budgeted at $15 million, the movie needed additional funding. The producers and talent questioned going to Indiegogo considering they already had Don Cheadle and the Miles Davis estate associated with the project. Plus, there had been backlash against other established stars running similar campaigns on Kickstarter. But in the end, the film passed its $325,000 goal.

Ringelmann noted that there are four reasons — “the four p’s” — that people come to fund campaigns on Indiegogo: people, project, participation and perk.

“When you look at a campaign, you want to fund the team,” said Ringelmann. “With the perk, they want the actual thing. … The first two p’s are altruistic in nature. … The other two p’s, … that speaks to more of the selfish motivations in all of this.”

Ultimately, Ringelmann believes it’s exciting to involve the audience in the early stages of development on a project.

“The rest of the world is completely enamored by this place,” said Ringelmann. “And you’re learning what your customers want.”