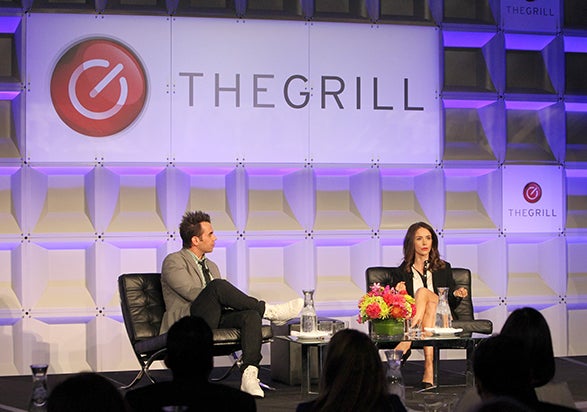 The actress sat down with executive editor Joseph Kapsch on Tuesday at TheWrap’s media leadership conference at the Montage in Beverly Hills. Spencer admitted she’s read a lot of scripts overs the years and many of them have been bad. So she was grateful to land such a strong character as Amantha Holden on “Rectify,” which debuted in April 2013 on AMC-owned Sundance TV.

“She’s not the girlfriend, she’s not the wife — she’s the sister. She has life and you go home with her, she has her own plight. You go home with her and she’s like anything you’ll ever read, which is a great attribution to our creator and our writer Ray McKinnon,” the actress told Kapsch. “That’s so unique.”

“My character Amantha Holden has been fighting since she was 12 years old for [her brother Daniel to be free from prison.] And the show picks up that moment that it happens, they find other DNA evidence that proves he was not the only person at the scene of the crime,” she added. “It’s very emotional.”

The 33-year-old actress also shared an anecdote about one very special “Rectify” fan she met at Sundance Film Festival.

“I’m a lucky girl. I’ve gotten to work with AMC and SundanceTV for a few years now. A couple years ago they brought ‘Rectify there to premiere [at Sundance Film Festival], which is unheard of,” Spencer explained. “This very tall, very handsome man came up to me and he said, ‘Oh, I just love ‘Rectify.'”

As it turns out, the “Rectify” super-fan turned out to be AMC Network’s president and CEO, Josh Sapan.

“That’s Josh Sapan. He has been such a champion of ‘Rectify,'” she said. “He’s an incredible CEO and president of that network. And I had the best experience working with him.”