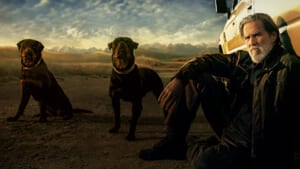 While it wasn’t long ago that YouTubers were all the rage at Anaheim’s VidCon convention, the overwhelming rise of TikTok made anyone dabbling in videos longer than 60 seconds look like dinosaurs. And it’s clear that whether you’re MSNBC, the Oscars or Hello Sunshine, everyone is in an arms race to figure out the best way to tap into the white-hot short-form video market.

VidCon made its triumphant return to the Anaheim Convention Center last week, after a three-year hiatus due to COVID-19, and in that time the conversation has shifted away from reaching audiences on YouTube to creating short-form content in what’s still a relatively new storytelling medium on TikTok (and other platforms seeking to emulate the Chinese-owned app’s success). That meant numerous panels that revolved around short-form in a big departure from VidCon’s YouTube-centric roots. 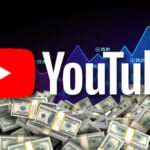 Executives at the convention explained how old and new media companies should think about bridging the gap between different audiences and platforms: giving more power and even control over IP to top creators, going beyond just making 60-second versions of existing content and even figuring out what the news media’s role should be in a world increasingly viewed via TikTok.

Here are the biggest trends that have emerged in the last year:

The meteoric rise of TikTok and short-form video content in the years since VidCon was last held had a major impact on this year’s event. TikTok, a lowest-tier sponsor in 2019, ended YouTube’s seven-year reign as VidCon’s title sponsor this year. More than a dozen industry panels centered the app in discussions about monetizing and increasing user engagement with short-form content.

The competition followed suit: Top YouTube earner MrBeast and YouTube’s director of product management Todd Beaupré focused their creator talk on Shorts, the copycat TikTok feature that YouTube launched last year. Meta touted Instagram Reels during its presentations, and days later announced the introduction of Reels APIs for developers on the app. Clearly, short-form content is here to stay, and both new and old platforms — as well as brands and other entertainment sectors — are all vying for a piece of the pie.

2. The relationship between news and streaming remains in limbo

Months after the failed launch of CNN+, news networks still haven’t figured out where they fit in the streaming landscape. Given the ubiquitous nature of news — and the fact that nearly half of American adults get theirs via social media — an ad-based model may be more effective than a subscription-based one. (Entertainment streamers are already pivoting in this direction, as Disney+ and Netflix are planning to roll out lower-cost, ad-supported subscription tiers later this year.)

“The nature of what we make is actually meant to be free,” said Chris Berend, EVP of Digital for the NBCU News Group. “As opposed to, I think, other news streaming services, which have frankly been more lifestyle adventures.”

If news networks are to make the leap to streaming and remain competitive, they’re going to have to get creative. During a discussion about investments in streaming and digital expansion, MSNBC president Rashida Jones stressed that networks must take advantage of all their options in order to reach diverse audiences.

“You have much more real estate to try out some new things,” she said. “You can throw some spaghetti at the wall and see if it sticks, but bring in new voices, new perspectives, people who look more like America and that’s really what we’re focusing on.” 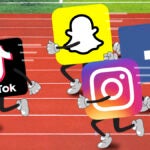 Massive spending on creator funds in the past few years reflects a shift in how platforms and content-makers do business. Back in 2020, TikTok led the charge by investing $200 million in content creators looking to grow their businesses. The following year, Snapchat funneled $250 million into its Spotlight fund, YouTube spent $100 million on its Shorts fund and Meta started doling out gamified cash bonuses via Instagram Reels. At VidCon, Snapchat announced that it will put $3 million into a program geared toward amplifying Black creators, similar to initiatives at YouTube and TikTok.

When it comes to creator funds, many platforms have opted for capped amounts rather than revenue-sharing. In the case of Meta, Instagram and Facebook won’t start taking a cut of their creators’ profits until 2024, a year later than their original deadline. As these funds continue to generate major business for TikTok and its rivals, creators are finding new ways to make the most of them. Several sessions at VidCon were geared toward helping creators maximize their earnings and determine which tools and platforms best fit their needs and audiences. Since traditional advertising can be trickier with short-form video content, brands are exploring ways to forge innovative, long-term partnerships with creators.

Creator safety is also a growing concern. Meta is in the process of adding new features and products, such as a community manager feature and a moderation assist tool, that will let creators manage conversations with their communities. 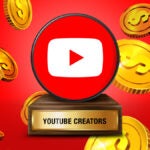 Also Read:
Why YouTube – With Its Deep Pockets – Isn’t the Perfect Fit for All Creators

4. The entertainment industry is opening up to creators — even when it involves IP sharing

Fears about digital media overtaking the entertainment industry are fading into the past, as old media companies start to join forces with creators. Michael Scogin, VP of Strategic Partnerships at NBCUniversal, said that platforms like TikTok represent an “opportunity” to reach new and multigenerational audiences. Bryan Thoenson, TikTok’s head of partnerships, added that pairing traditional talent with influencers can bring different viewing demographics together. TikTok has also been a boon for scouting new and existing talent, with influencers like Addison Rae and Noah Beck recently making the jump to film and TV projects.

Alliances between old and new players have already proven successful. For the Academy of Motion Pictures, teaming with TikTok to promote this year’s Oscars ceremony was “a necessity, at the end of the day,” said Meryl Johnson, VP of digital marketing for AMPAS. “The Oscars could not continue to be in the space” if they weren’t engaging with digital audiences.

The Academy hired 80 TikTok creators to produce themed content and participate in pre-show events like the Nominees’ Luncheon. All in all, the campaign amassed 16 billion views and drove a 90% increase in viewership for the advertiser-coveted 18-49 demographic. Similar results were achieved by TikTok’s partnerships with Paramount for “Top Gun: Maverick” and NBCUniversal for the Beijing Olympics.

Hollywood is also reconsidering its highly protective approach to IP. Where studios once tried to keep copyrighted material off of digital platforms, many are now starting to open the gates. Though there are some exceptions, allowing creators to repurpose IP for memes and video shorts “drives engagement and awareness [to] a whole different level,” Scogin said. Now that the pendulum is swinging the other way, he said, the goal is to make IP-sharing “easier” by resurfacing old clips and making editing tools more accessible. 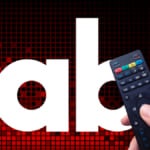 Giving influencers a script to read and pumping various platforms with as much advertising content as possible doesn’t cut it in the digital entertainment space. The first key to success is to think platform-specific, rather than uploading identical clips on multiple platforms. Tailoring content for audiences depending on where they’re consuming it is imperative, said Hello Sunshine COO Liz Jenkins. “So many legacy companies looked at a lot of these platforms as tools to market to the main event, [like] ‘We want you to see this movie on a Friday.’” However, she as well as executives at several other sessions pointed out: “People don’t want to be sold to all the time.” Though telling audiences to “tune in” may work for traditional advertising on linear TV, it’s a “turn off” when it comes to social media engagement, Johnson said.

What does work is organic, creator-driven content that truly connects with audiences. “It’s very strategic in how we work with creators and what the goals are in our campaigns,” said Sarabeth Oppliger, director of influencer marketing at Warner Bros. Pictures. Giving influencers creative control leads to content that “lives authentically” on the platforms they’re posting to, and has a better chance of resonating with their followers. Expect to see much more of this anti-teleprompter, pro-creator approach in digital campaigns. Or, as Thoenson put it, “Don’t make ads, make TikToks.”

Katie Campione and Antoinette Siu contributed to this report. 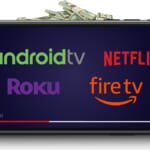