“Top Gun: Maverick” is, without a doubt, one of Hollywood’s biggest success stories. The long-awaited follow-up to the 1986 cult classic film “Top Gun,” “Maverick’s” domestic theatrical gross soared over $700 million; making it one of the top 5 highest-grossing North American films of all time, alongside “Star Wars: The Force Awakens,” “Avengers: Endgame,” “Spider-Man: No Way Home” and “Avatar.”

There are a lot of things about “Maverick” that make it worthy of such sweeping success: epic, adrenaline-pinching stunts performed by the franchise’s frontman Tom Cruise, whip-smart dialogue and heartwarming friendships and relationships that are impossible not to root for.

But one of the elements that audiences are most taken with in the new film is that it is a great throwback experience that provides the perfect dosage of nostalgia from “Top Gun.” With that in mind, we saw it high time we look back at the characters in the ‘86 film and see what the actors playing them are up to today.

Also Read:
How to Watch ‘Top Gun: Maverick’ on Streaming

After enrolling in one of the world’s top fighter schools, Lieutenant Pete “Maverick” Mitchell’s gutsiness is pushed to its limits by his peers/fellow daredevils, including the cutthroat Lieutenant Tom “Iceman” Kazansky (Val Kilmer).

In the decades after his appearance in “Top Gun,” Cruise has remained one of the best-known actors in Hollywood. He has earned three Academy Award nominations, which include Best Actor noms for the 1990 film “Born on the Fourth of July” and the 1997 film “Jerry Maguire,” as well as one for Best Supporting Actor for 2000’s “Magnolia.” Cruise is known for performing many of his own stunts in action films, including the wildly popular, box office-dominating “Mission: Impossible” franchise, which has a new entry coming out in 2023 — and, of course, in “Top Gun: Maverick.”

Charlie is Maverick’s love interest… and his instructor. Yes, things quickly get steamy and awkward.

McGillis appeared in a couple of big films after “Top Gun,” the most notable being 1988’s “The Accused,” in which she starred alongside Jodi Foster. Most recently, the actor has primarily appeared in TV movies like “Love Finds You in Sugarcreek” (2014), “An Uncommon Grace” (2017) and “Maternal Secrets” (2020). The actor noted that “Maverick” filmmakers did not ask her to return for the reboot, stating “I’m old and fat, and I look age-appropriate for what my age is, and that is not what that whole scene is about.”

A fellow student at the fighter academy, Iceman starts off as one of Maverick’s biggest rivals, and turns into one of his best friends. Yes – it’s exactly as heartwarming as it sounds.

After “Top Gun,” Kilmer remained a big-name movie star, appearing in Hollywood hits such as “True Romance” (1993), “Batman Forever” (1995) and “Heat” (1995). Tragically, the actor’s career was put on pause when he was diagnosed with throat cancer in 2015 – a battle that was chronicled in the documentary “Val.” However, Kilmer’s struggles didn’t stop him from reprising his role as the iconic Iceman for a cameo in “Maverick.” 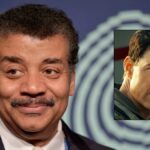 Another one of Mav’s besties, Goose is a radar intercept officer and overall a top-notch dude.

Since “Top Gun,” Edwards has been keeping busy. The actor recently made the switch over to primarily TV roles, appearing in popular shows such as “Blue Bloods,” “Billions,” “Designated Survivor,” “Inventing Anna,” “WeCrashed” and, most recently, “Tales of the Walking Dead.”

The top instructor at “Top Gun,” Viper is fittingly a top-rate mentor to his students.

Skerritt has boasted a fruitful career since appearing in “Top Gun” – one that earned him an Emmy Award for Actor in a Drama Series for 1993’s “Picket Fences.” More recently, the actor has appeared in indie films like Kim Bass’s “Day of Days” (2017), a 2019 short film called “The Phantom 52” and Michael Feifer’s “Catch the Bullet” (2021).

Another great instructor in “Top Gun,” Jester takes no nonsense from no one.

After appearing in “Top Gun,” Ironside continued to have a successful film career, appearing in films like “Total Recall” (1990), “Free Willy” (1993) and “Starship Troopers” (1997). In recent years, his acting plate has remained full. The actor has appeared in everything from “X-Men: First Class” in 2011 as the Captain, to the 2016 “Teenage Mutant Ninja Turtles” TV series as Emperor Zanmaron, as well as the hit series “The Dropout” just this year.

Sadly, Ironside’s recent jobs don’t include a reprisal of his role as “Jester.” The actor said he thinks that has something to do with his less-than-rosy relationship with the film’s producer Jerry Bruckheimer. “The one person still in charge is Jerry Bruckheimer, and Mr. Bruckheimer and I didn’t really get along,” Ironside explained in an interview with Movieweb. “He offered me a project 10 or 12 years ago and… I said no to it,” Ironside said, noting that the next time he saw Bruckheimer was at a hockey game, and the producer gave him the cold shoulder. 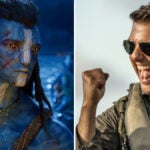 The wife of Goose, Carole doesn’t have the biggest role in “Top Gun” – but she is certainly a scene stealer.

One of the most popular rom-com darlings of the 1990s, Ryan skyrocketed to fame after her relatively small role in “Top Gun,” appearing in classic films like “When Harry Met Sally” (1989), “Sleepless in Seattle” (1993) and “You’ve Got Mail” (1998). More recently, Ryan has made guest appearances on shows like “Curb Your Enthusiasm” and “Web Therapy,” and voiced the narrator on the scrapped “How I Met Your Dad” pilot. Ryan will also return to her rom-com roots with the film “What Happens Later,” which she both directs and stars in (alongside David Duchovny).

“Top Gun,” at its heart, is all about brotherhood and loyalty, and it’s hard to think of a more loyal wingman to our Maverick than Cougar.

While his performance as Cougar captivated audiences back in ‘86, Stockwell is more than just an actor. In fact, he actually earned an Emmy nomination for writing the 2000 film “Cheaters.” Stockwell’s most recent credits include an acting cameo in the 2018 series “Escape at Dannemora,” as well as the director title on the 2017 film “Armed Response,” starring Wesley Snipes and Anne Heche.

Radar intercept officer to Cougar, and later to the one and only Mav.

Robbins enjoyed a fruitful career as a leading man after appearing in “Top Gun.” Some of his most well-known post-Merlin roles include “The Shawshank Redemption” (1994), “Mystic River” (2003) and “Jacob’s Ladder” (1990). Recently, the actor appeared in Hulu’s Stephen King-based TV show “Castle Rock” (2019) and Todd Haynes’ 2019 film “Dark Waters.” 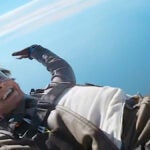 Also Read:
Tom Cruise Thanks ‘Top Gun: Maverick’ and ‘Mission: Impossible’ Fans for Their Support – Then Jumps Out of a Plane (Video)

Stinger is an essential piece of the Top Gun Academy puzzle: he’s the commander of the USS Enterprise Carrier Air Group.

Loyal radar interceptor to the one and only Iceman.

Since appearing in “Top Gun,” Rossovich has acted in a number of varying projects, including the 1990 action flick “Navy Seals,” and the laugh-out-loud Steve Martin-starring comedy “Roxanne” (1987). Recently, Rossovich’s on-screen appearances have been few and far between, and he has only appeared in five projects since the year 2000. His most recent role was in a 2016 short film called “A Beautiful Day.”

If there was ever a suitable sidekick for the illustrious Iceman, it’s the ever-eager Hollywood.

Yet another loveable sidekick, this time to the character Hollywood (Whip Hubley).

After appearing in “Top Gun,” Tubb snagged roles in big projects like 1989’s “Lonesome Dove,” and 2001’s “American Outlaw.” However, he hasn’t acted in almost 10 years, with his last project being a 2014 TV movie called “Deliverance Creek.”

What’s that? Another radar interceptor? This one belongs to Chipper (Adrian Pasdar), and migrates to Mav’s side toward the end of “Top Gun.”

After playing “Sundown,” Gilyard had a fruitful career in film and TV, which included roles in “Die Hard” (1988), and the popular TV series “Walker, Texas Ranger” (1993-2001). More recently, the actor has been in a couple of short films and acted as the chair of the film program at the University of Nevada, Las Vegas. Sadly, Gilyard passed away on Nov. 28, 2022, at the age of 66. 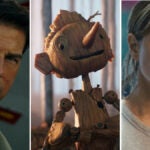