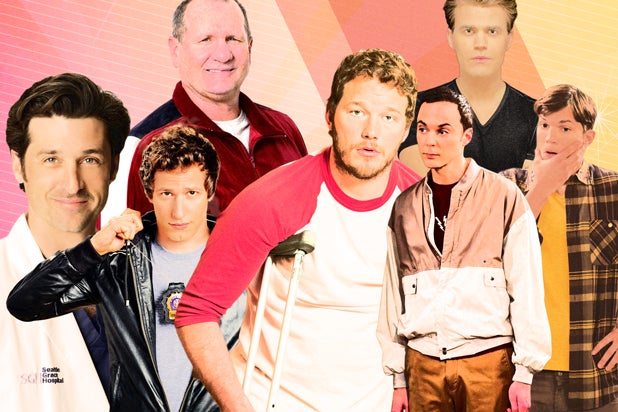 Forget the four Emmy Awards. Jim Parsons should put his Q Score on a mantle.

The star of CBS’ hit “The Big Bang Theory” landed a huge 33 Positive Q Score per TheWrap‘s study of fall TV actors — though that impressive mark wasn’t even good enough for the No. 1 slot. That nod goes to fellow CBSer Michael Weatherly of “NCIS,” who topped all comers with a whopping 34.

Parsons’ colleague Kunal Nayyar was a few slots below him, earning a very strong 29. He tied there with “Chicago PD” star Jon Seda, who were both just under titular “Hannibal” star Mads Mikkelsen, whose high mark comes from two years ago — the last time he was measured.

On the wrong extreme of our list is “Stalker” star Dylan McDermott, who suffered just a 7 Q Score.

Here’s how the Q Scores marketing company arrives at its results for its clients, which include television networks, among others: President Henry Schafer and his team provide a celebrity’s name and a brief description to more than 1,800 study participants. The viewers are asked if they recognize the person and how they feel about him or her.

The outcome of that study is a Recognition score, a Positive Q Score — meaning the individual in question is the respondent’s favorites — and a Negative Q Score, which is the exact opposite of what one hopes to be associated with.

The complete list at the bottom of this report is ranked by a candidate’s Positive Q Score.

“For returning shows, personality-driven appeal is extremely important for determining how strong or polarizing the cast is for maintaining viewer commitment,” he added. “For new shows, the strength of the personality driven-factor is very important for enticing viewer sampling prior to exposure to the quality of the storylines.”

The men in this ranking averaged a 24 recognition number and an 19 Positive Q Score. Across all actors the company has compiled, the average familiarity number is a much higher 44, but the same 19 Q Score.

In this study, CBS pulled nine slots in the Top 21 (there was a tie taking us beyond 20), NBC had four. ABC scored three, as did the CW. Fox had just two.

Following McDermott the next lowest group includes Joey McIntyre and the perhaps-surprising Chris Pratt. It is very important to note that Pratt’s score is from 2012, prior to his “Guardians of the Galaxy” breakout summer when he was far less known (Pratt has just a 14 Recognition score below) as an ensemble player on NBC’s “Parks and Recreation.”

Ironically, McIntyre’s former “New Kids on the Block” colleague, Donnie Wahlberg, is up just one slot with a 13 — where he is tied with Martin Short and Jon Cryer.

Of course, many fall in between Weatherly and McDermott. Our full ranking of 62 fall TV actors is charted below. On Monday, TheWrap ranked the fall TV actresses.