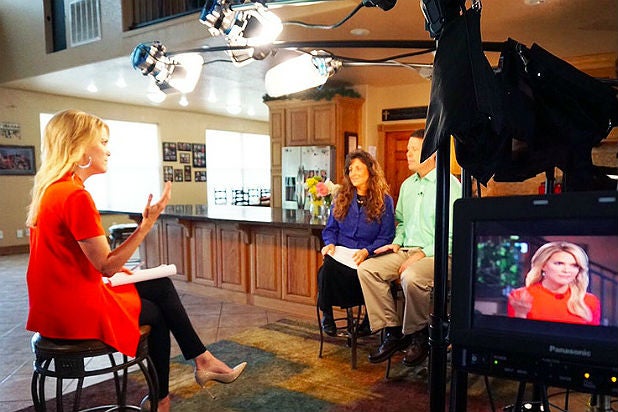 Ever since “19 Kids and Counting” star Josh Duggar’s molestation scandal made headlines last month, nary a day has passed without a new development coming to the media’s attention.

Between the show’s withdrawal from TLC’s schedule and Jim Bob and Michelle Duggar’s high-profile interview with Fox News anchor Megyn Kelly on Wednesday, the Duggar family has been in the news for weeks with a seemingly endless barrage of headlines that might be difficult to keep up with.

Miss a beat? TheWrap is here to help. Here are the seven latest developments you need to know.

1. Jill and Jessa Duggar have forgiven their brother Josh, according to Fox News’ Megyn Kelly.

“They told me that,” the “Kelly File” anchor told Extra ahead of an interview with the girls airing Friday night. “They also talked about the journey from the pain to the forgiveness, and it was not without some bumps in the road.”

“They started off as your normal 22-, 24-year-old girls, a little bubbly, kinda giggly, and then when we did get into it the tears started to flow,” Kelly said. “Imagine how painful that would be … they never chose to have this piece of their family story put out there, and I think they are struggling with what people are assuming about their family and about what happened to them.”

In Kelly’s interview with the Duggar parents that aired Wednesday on Fox News, Jessa called her brother’s actions “very wrong,” but argued against those labeling him a child molester.

“I do want to speak up in his defense against people who are calling him a child molester or a pedophile or a rapist, some people are saying,” Jessa told Kelly. “I’m like, ‘That is so overboard and a lie really.’ I mean people get mad at me for saying that, but I can say this because I was one of the victims.”

2. Sarah Palin thinks the lamestream media is trying to “crucify” the Duggars — and it’s only fair to nail Lena Dunham on the cross, too.

While Palin did not want to defend “the Duggar boy’s obvious wrongdoing,” she did decide to attack the media on a “hell-bent mission to go after the entire Duggar family for one member’s wrongdoing,” and “Girls” star Dunham for not receiving the same treatment over a passage in her memoir in which she admits to exploring her baby sister’s vagina when she was 7.

“HEY LENA, WHY NOT LAUGH OFF EVERYONE’S SEXUAL ‘EXPERIMENTS’ AS YOU HAUGHTILY ENJOY REWARDS FOR YOUR OWN PERVERSION? YOU PEDOPHILE, YOU,” Palin wrote on Facebook.

It’s worth noting that Dunham did, indeed, make headlines for sharing the story, and was criticized by many. She was also only a little girl herself when she got curious about the human anatomy.

“The intolerant left’s destructive personal intrusions and narrow-mindedness applied to their chosen targets are bad enough, but their double standards are beyond the pale,” Palin wrote in her lengthy rant. “I’m not an apologist for any sexual predator, but I’m sickened that the media gives their chosen ones a pass for any behavior as long as they share their leftwing politics. Case in point, they suggest Lena Dunham‘s sexual assault on her sibling is cute, and she’s rewarded for it with fame and fortune. Meanwhile, they crucify another, along with an entire family.”

3. It turns out the Duggars were wrong. The police file was never sealed.

In their Fox News interview with Megyn Kelly, Jim Bob and Michelle Duggar claimed the case file regarding Josh’s molestation was sealed and must have been illegally leaked to serve someone’s “agenda.”

However, the file was never sealed, TMZ reported Wednesday. Josh Duggar was 18 by the time the report was filed in 2006, and since he was not a minor there was no legal basis to seal the case.

Because the file was never sealed, when Springdale, Arkansas City Attorney Ernest Cate received a Freedom of Information Act request, he was required to release it with the underage victims’ names redacted.

4. Megyn Kelly’s interview with the Duggar parents scores the show’s highest ratings of the year.

“Kelly File” host Megyn Kelly’s highly anticipated interview with the Dugger parents pulled a magnitude of eyeballs to Fox News on Wednesday, with 3.1 million total viewers and 866,000 in the key 25-50 news demographic.

In the interview, the Duggars discussed their son’s actions as a teenager and his recent confession, but avoided talking about their delay in bringing him to the authorities. “Looking back,” Jim Bob said, “we did the best we could under the circumstances.”

Media experts, however, think Kelly should have pressed harder as to why they didn’t do better, and criticized Kelly for shying away from the hard-hitting questions and allowing the Duggars to shift blame onto others.

“It seemed to be pretty much about helping the Duggars salvage their brand rather than getting to the bottom of what happened in this family,” NPR TV Critic Eric Deggans told TheWrap.

6. Experts speak out against the actions of the Duggar parents.

Though the Duggar parents defended their handling of the case, saying they put “safeguards” in place to protect their other children, Josh had at least two more incidents involving another two sisters and a babysitter before they removed him from the home.

Professionals in the legal and medical fields spoke out against the Duggars after their interview, saying they protected their son at the expense of their daughters.

“Parents have a legal duty to ensure the safety of their children,” said Steve Meister, criminal defense attorney and former prosecutor. “These parents protected their son at the expense of their daughters.”

7. The Duggars’ former friends in the Republican party have begun distancing themselves from the family.

Republican presidential candidate Mike Huckabee previously featured the endorsements of Jim Bob and Michelle Duggar on his website, but the pair was completely erased from the site sometime Monday.

As the executive director of the Family Research Council’s legislative affiliate FRC Action, Josh Duggar rubbed elbows with many of the GOP elite before news of the molestation came to light. However, once the scandal broke, prominent Republicans began to speak out against the family.

“I was just sickened by it,” said presidential candidate Rick Santorum. “I pray for those girls in particular … To have gone through that is… just hard to think about.”