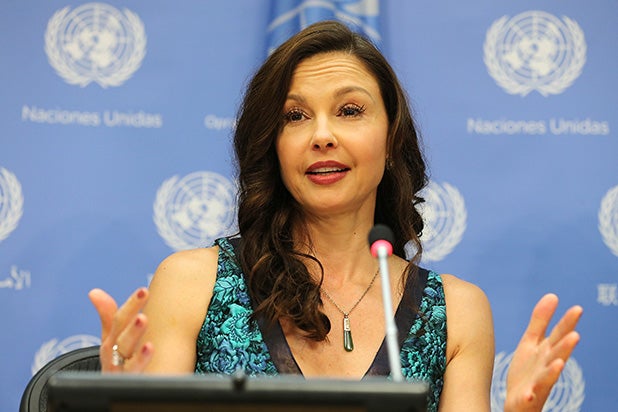 Getty Images
OCT. 5, 2017   The New York Times published a story revealing that Harvey Weinstein had paid financial settlements to at least eight women who have accused him of sexual harassment or assault. Actress Ashley Judd is the only accuser to go on the record, accusing the mogul of assaulting her in his hotel room. In a statement, Weinstein apologizes, vows to take a self-imposed leave of absence from his company, and bizarrely declares war on the NRA. 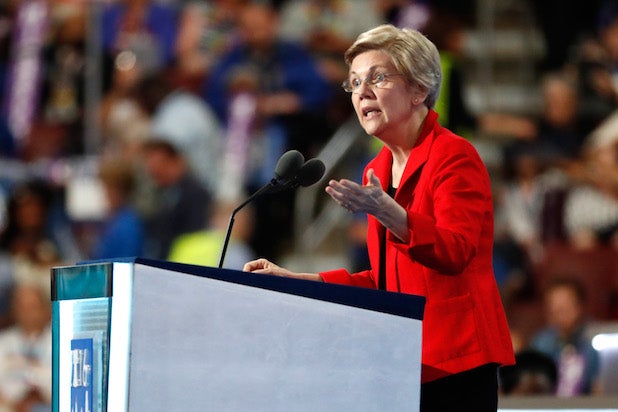 Getty Images
OCT. 8, 2017  Weinstein is fired as CEO from The Weinstein Company.

OCT. 10, 2017    The New Yorker publishes its own piece, written by Ronan Farrow, in which three women, including Italian actress Asia Argento, accuse Weinstein of rape. Through a spokesperson, Weinstein denies any account of nonconsensual sex.

OCT. 12, 2017    The NYPD and London’s Metro Police both launch criminal investigations of Weinstein. On social media, Rose McGowan accuses Weinstein of raping her. (He has consistently denied engaging in nonconsensual sex.)

OCT. 15, 2017   Actress Alyssa Milano kicks off a cultural movement by encouraging women to share their stories of sexual harassment and assault on social media. She asks them to tag the stories #MeToo.

OCT. 17, 2017   Lucasfilm President Kathleen Kennedy vows to start an industry-wide commission to create “protections against harassment and abuse.” Frequent Weinstein collaborator and filmmaker Kevin Smith vows to donate all of his Weinstein Company residuals to Women in Film.

OCT. 25, 2017    The Taylor Sheridan film "Wind River," which had a successful release by the Weinstein Company in August, excises the Weinstein name from its home video and streaming releases. Principal financier Acadia Entertainment buys the film back from TWC and self-funds an awards campaign. (It doesn't land any Oscar nominations.)

NOV. 6, 2017    The Television Academy bans Weinstein for life. The New Yorker runs a follow-up piece saying a battery of former Mossad agents and communications experts were used to silence stories of Weinstein’s impropriety for years.

NOV. 15, 2017    TWC is hit with a class-action lawsuit from several of Weinstein’s accusers. The company is forced to sell its live-action "Paddington 2" to Warner Bros. to help infuse the studio with cash and keep the doors open.

DEC. 6, 2017    The Academy announces its “standards of conduct,” which read, in part, “The Academy is categorically opposed to any form of abuse, harassment or discrimination on the basis of gender, sexual orientation, race, ethnicity, disability, age, religion, or nationality.”

JAN. 1, 2018   #TimesUp is born as four female talent agents from CAA create a legal defense fund for women in the U.S. workforce to protect them from sexual harassment. The effort is announced  and endorsed by contributors like Meryl Streep, Viola Davis, Reese Witherspoon, Gwyneth Paltrow, Jennifer Aniston, Fox Film head Stacey Snider, Fox TV honcho Dana Walden,  Ava DuVernay and Oprah Winfrey, among others. JANUARY 7 To draw attention to the mistreatment of women in Hollywood, virtually all women attending the Golden Globes wear black. JANUARY 8 Immediately after he wins a Golden Globe wearing a #TimesUp pin, James Franco is accused of sexual misconduct by several women. The accusations, which the actor denies, come in the middle of the Oscar nomination voting period. JANUARY 9 Lady Bird writer-director Greta Gerwig joins Mira Sorvino, Chloe Sevigny and others in saying she would not work in the future with director Woody Allen, who had been accused of sexual assault by his adoptive daughter, Dylan Farrow. (He has repeatedly denied the accusation.)

JAN. 10, 2018    Page Six reports that Weinstein and Chapman reached the terms of an eight-figure divorce settlement, with Chapman securing primary custody of the couple's two children.

JAN. 27, 2018    The Academy emails members to reveal the process by which violations of its code of conduct can be reported.

FEB. 6, 2018    “I may be a 75-year-old white male,” says Academy President John Bailey at the annual Oscar Nominees Luncheon, “but I’m as gratified as any of you that the fossilized bedrock of many of Hollywood’s worst abuses [is] being jackhammered into oblivion.” (One month later, the Academy would investigate -- and then dismiss -- accusations of sexual harassment against Bailey himself.)

MARCH 19, 2018   The Weinstein Company filed for bankruptcy in Delaware, reporting that it had less than $500,000 in cash on hand. Dallas-based Lantern Capital Partners stepped up as a stalking horse bidder prepared to buy virtually all of the company’s assets for $310 million. As part of the company's bankruptcy filing, TWC also released all of Weinstein's accusers from any non-disclosure agreements that would've prevented them from speaking about Weinstein's alleged misconduct.

MAY 25, 2018  Following a months-long investigation by the NYPD, Weinstein is arrested on three felony charges of rape and criminal sex act in connection with two female accusers. Weinstein pleads not guilty and released on $1 million bail pending trial.

Getty
MAY 30, 2018    Weinstein is indicted on charges of rape in the first and third degrees, as well as on charges of criminal sexual act in the first degree, as announced by the Manhattan district attorney’s office. Then on June 1, Three women filed additional charges against Weinstein in a class action lawsuit, saying that Weinstein isolated the women “in an attempt to engage in unwanted sexual conduct that took many forms: flashing, groping, fondling, harassing, battering, false imprisonment, sexual assault and attempted rape, and/or completed rape.”

Getty Images
JUNE 5, 2018   Weinstein pleads not guilty to the charges in his indictment.

Getty Images
JULY 2, 2018   A grand jury served Weinstein with three more sexual assault charges, an additional count of criminal sexual act in the first degree for forcing a woman to have sex with him in 2006, and two counts of predatory sexual assault. The latter charge carries a minimum of 10 years in prison and a maximum of a life sentence. Weinstein would plead not guilty.

Getty Images
AUG. 3, 2018    Weinstein made a push to have a New York judge toss out a criminal sexual assault case brought against him, saying in a filing that the Manhattan district attorney “failed to provide the Grand Jury with exculpatory evidence of the long-term, consensual, intimate relationship between Mr. Weinstein and the alleged rape victim.”

AUG. 19, 2018   A report in the New York Times said Asia Argento paid a settlement of $380,000 to actor Jimmy Bennett after accusing her of sexually assaulting him when he was just 17. Argento denied the accusations. Rose McGowan distanced herself from Argento, and Weinstein issued a statement saying Argento displayed a “stunning level of hypocrisy.” “The sheer duplicity of her conduct is quite extraordinary and should demonstrate to everyone how poorly the allegations against Mr. Weinstein were actually vetted and accordingly, cause all of us to pause and allow due process to prevail, not condemnation by fundamental dishonesty,” the statement continued.

AUG. 30, 2018   Former NBC News producer Richard McHugh said that people at “the very highest levels of NBC” worked to quash Ronan Farrow’s Harvey Weinstein story that eventually published in The New Yorker. Then on Sept. 3, NBC News Chairman Andy Lack sent an internal memo saying that after eight months, Farrow's reporting “did not have a single victim or witness willing to go on the record.” Farrow disputed the memo and said NBC's list of sources was incomplete.

SEPT. 6, 2018   The U.S. Attorney’s office in New York opened an investigation into Weinstein’s involvement with the private spy firm Black Cube to see if he violated any federal wire fraud laws. Weinstein had hired Black Cube to gather information on those accusing him of sexual assault.

Spencer Platt / Getty Images
AUG. 26, 2019    Weinstein is indicted on two new charges of predatory sexual assault. He faces seven counts, including first-degree and third-degree rape. The new indictment also allows for Annabella Sciorra to testify at his trial. Though Weinstein cannot be charged for raping Sciorra at her apartment in 1993, as she had said in a 2017 interview with the New Yorker, the actress’ testimony could strengthen the D.A.’s case against Weinstein. The criminal trial, originally scheduled to begin on Sept. 9, is also pushed back to Jan. 2020.

Drew Angerer / Getty Images
SEPT. 6, 2019    A judge grants the consolidation of charges against Weinstein, bringing the count back down to five. The consolidation, which was voluntarily requested by the district attorney’s office, dismisses prosecutors’ earlier charges of predatory sexual assault and essentially replaces them with the two new charges of predatory sexual assault that were included in the indictment last month.

Dimitrios Kambouris / Getty Images
SEPT. 10, 2019    Jodi Kantor and Megan Twohey, the New York Times reporters who first broke the Weinstein story, publish their book "She Said," which chronicles their investigation into the mogul and the aftermath of their initial story.

Getty Images
OCT. 15, 2019    Ronan Farrow publishes "Catch and Kill," his own recounting of reporting on Weinstein and the roadblocks he faced while trying to publish his work at NBC News. The book includes damning revelations about NBC News' leadership and a detailed accusation of rape against Matt Lauer. (Lauer has denied the accusation, and NBC News has repeatedly denied many of the details in the book.)

David Dee Delgado / Getty Images
DEC. 11, 2019    Weinstein and his accusers reach a tentative $25 million settlement. $6.2 million will be split between 18 women, with none of them receiving more than $500,000 individually. The remaining $18.5 million would be set aside as a pool of money for participants in a class-action suit against Weinstein, the New York Attorney General's civil suit, or future claimants. The $25 million is part of a larger $47 million settlement for TWC to close out its remaining obligations.

Getty Images
Time's Up denounces the tentative settlement, describing it as emblematic of a "broken system that privileges powerful abusers at the expense of survivors."

Getty Images
JAN. 6, 2020    The first day of Weinstein's criminal trial begins in Manhattan.  As court was convening, a group of "silence breakers" — including Rosanna Arquette, Rose McGowan, Lou Godbold, Sarah Ann Masse, Dominique Huett, Lauren Sivan, and Paula Williams — hold a press conference outside the courtroom to call on Weinstein to be held accountable for his actions.

Getty Images
Just hours after Weinstein left the courtroom after the first day of his trial, Los Angeles County District Attorney Jackie Lacey announced new charges of sexual assault against the ex-mogul: one felony count each of forcible rape, forcible oral copulation, sexual penetration by use of force, and sexual battery by restraint. An arraignment date has not yet been set, but a spokesperson for the DA's office told The Wrap that they expect to wait until Weinstein's trial in New York is complete first.  Weinstein's bail is set to $5 million and, if convicted, he faces up to 28 years in prison.

Getty Images
JAN. 7, 2020 The presiding judge denies the defense's request to delay the trial in light of the new charges in L.A.