With the Cannes Film Festival halfway over, the annual celebration of cinema feels more and more like “a magnificent anachronism,” which is what Fox cochairman Tom Rothman aptly called it on Saturday night.

As the independent film world continues its painful convulsion, France continues to gather the best of film around the world while insistently ignoring the encroachment of new technology and shorter attention spans. (A five-hour opus on Carlos the Jackal (below)? Bring it on!) 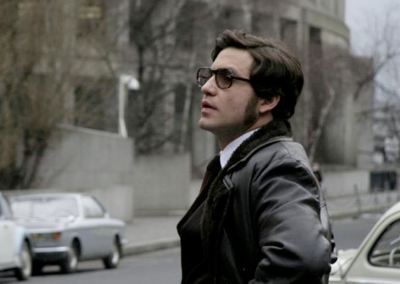 Film evidently still matters to many, but the most distinctive presence along the Croisette this year are the foreign comers on the financing side – Doha, Qatar, announcing a new film finance fund, Abu Dhabi beefing up its film production, Singapore financing projects at will and an assortment of still-anonymous billionaires bobbing off the coast on mega-yachts. 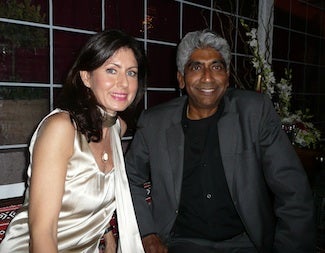 The films have so far been getting a unanimous verdict from the critics: good, nothing great.

Mike Leigh’s meditative “Another Year” has the most support that I’ve seen, though I’ll hold a thought for Greg Araki’s "Kaboom," which critic Margot Gerber for TheWrap is calling “‘Donnie Darko’ meets ‘Twin Peaks.’”

The films premiering on Sunday – Bertrand Tavernier’s period drama “The Princess of Montpensier” and the earnest anti-nuclear documentary "Countdown to Zero" will not bring crowds to the theaters.

That doesn’t mean that greatness won’t arrive before the end of this week: Alejandro Gonzalez Inarritu 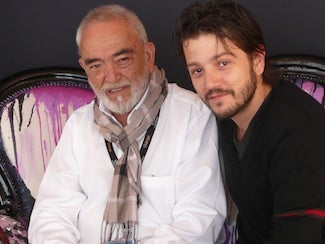 But thus far greatness has eluded the screen.

(At right, Diego Luna with his father, Alejandro. Photo by Sharon Waxman.)

In general, I’m still looking for the young talent to shake up the art form. Innovation will not arrive, respectfully, from 101-year-old Manoel de Oliveira, or Woody, or Leigh, or Tavernier.

And I don’t think the black-and-white experimental oddity by young Cam Archer, “Shit Year,” is the ticket to turn the trend around.

Still, if there were extraordinary films, who would be there to buy them? Focus Features has a full slate and little interest. When Sony Classics buys, it is often in the million-dollar range (and these days, they might not need to go higher). Fox Searchlight has essentially opted out of the arthouse world as represented here.

Meanwhile in the year since Cannes has passed, still more independents have shut down or gone silent. Apparition’s Bob Berney could be seen attending films, but he is sidelined since his resignation from Apparition last week.

A new distribution company backed by musician Dave Matthews, Art Takes Over (ATO), remains the one ray of light on the indie distribution front.

Below, links to the flurry of Cannes news you might have missed:

The wacky, weird and random:
Cannes Festival Dismayed by New Polanski Charge
Cannes Directors Offer Support to Polanski
Roger Ebert Flips the Bird in Cannes
Cannes Parties: Vanity Fair Buzz at the Hotel du Cap
Diego Luna: ‘We’re Pushing Kids to Be Adults Before They Should’
Josh Brolin in Cannes: From Landscaping Back to Movie Sets