By all accounts it was an aggressive market at this year’s Toronto International Film Festival, and the principal reason: More good movies.

“You saw probably six movies that have the potential to go out wide or platform wide,” CBS Films acquisitions EVP Scott Shooman told TheWrap. “I can’t remember the last festival where there was that much opportunity.”

Add emerging players with pipelines to fill, and U.S. buyers were like a Black Friday mob — a far cry from last year, when Focus Features’ winning bid for “The Place Beyond the Pines” stood as the notable major sale. 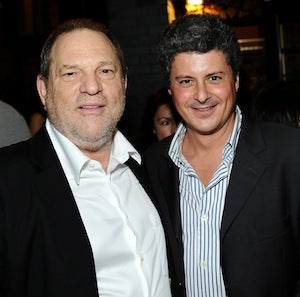 This year’s marquee title turned out to be John Carney’s music-driven drama “Can a Song Save Your Life,” which The Weinstein Co. hauled in via a late-night bidding war that TheWrap’s Lucas Shaw broke out here in dishy detail.

There were deals swirling all days of the week, including multiple pickups for A24 and Open Road Films, both of whom have shouldered their way into the spotlight at recent festivals.

“Movies sold at a nice clip and certain companies aggressively needed movies,” Shooman said. “A24 didn’t have much of a slate next year and they bought three. Open Road bought two. They had to fill the pipeline.”

Besides “Can a Song Save Your Life,” TWC lived up to its aggressive reputation in Canada, leaving with Jonathan Teplitzky’s “The Railway Man” and Ned Benson’s “The Disappearance of Eleanor Rigby: His/Hers,” a two-part drama starring James McAvoy and Jessica Chastain. “Song” also boasted a starry duo in Mark Ruffalo and Keira Knightley, while Oscar winners Colin Firth and Nicole Kidman are expected put “Railway Man” on the right track to post-festival success.

A24: 3 Movies
Don’t call it an upstart — David Fenkel’s crew landed its first big festival fish with “The Spectacular Now” at Sundance and has been mixing it up ever since, taking home Toronto prizes “Locke” with Tom Hardy; Jonathan Glazer’s “Under the Skin” with Scarlett Johansson; and Denis Villeneuve’s “Enemy,” which stars Jake Gyllenhaal in dual roles.

Open Road: 2 Movies
The two-year-old distributor owned by AMC Theatres and Regal Entertainment Group also came to Toronto hungry for product, and are flying home with Eli Roth’s cannibal movie “The Green Inferno” and teaming with XLrator to acquire John Ridley’s “All Is By My Side,” which stars Andre Benjamin as Jimi Hendrix.

Lionsgate/Roadside: 3 Movies (2 shared, 1 solo)
The symbiotic duo lost “Can a Song Save Your Life” to the Weinsteins in a cliffhanger, but they had plenty of other reasons to open their checkbooks. The two companies picked up Daniel Schechter’s “Life of Crime,” which stars Jennifer Aniston and is based on Elmore Leonard’s crime novel “The Switch,” and are expected to wind up with David Gordon Green’s “Joe,” starring Nicole Cage. Additionally, Roadside made a solo play for Fred Schepisi’s “Words and Pictures,” a romantic drama that pairs Clive Owen with Juliette Binoche. 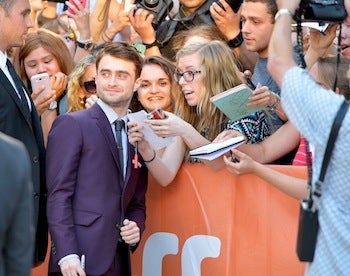 CBS Films: 1 Movie
One of the most intriguing deals of Toronto was CBS Films’s $2.5 million acquisition of Michael Dowse’s unique romantic comedy “The F Word,” which starsDaniel Radcliffe (right) and Zoe Kazan. Shooman said CBS has a good relationship with Daniel Radcliffe from “The Woman in Black,” and was hot to get into business with “under the radar in the U.S.” director Dowse (“Goon”). “‘F Word’ was the movie we all looked at at the halfway point and said, ‘This is the one for us,'” Shooman said.

Focus Features: 1 Movie
Not to be outdone, last year’s “Place Beyond the Pines” derby winners made a Toronto splash by spelling out a check for Jason Bateman’s directorial debut “Bad Words.” They plan a 2014 release for the comedy.

(Bateman, below, at the Weinstein Co./Grey Goose party for “August, Osage County.”) 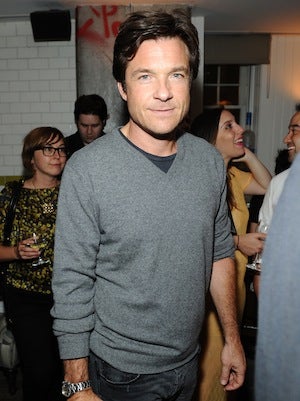 … and not quite yet making deals:
There are several high-profile titles still looking to close deals, including Richard Ayoade’s “The Double” featuring Jesse Eisenberg in dual roles, the West Memphis 3 drama “Devil’s Knot” with Firth and Reese Witherspoon, and the Daniel Radcliffe thriller “Horns.”

Movies weren’t the only hot topics at Toronto …

Drama in real life
Toronto hosted its very own tempest-in-a-lightbox, as FirstShowing.net blogger Alex Billington made headlines by calling 911 during a screening of “The Sacrament” to report a someone possibly using their phone for piracy — though he was more threatened by the festival’s policy regarding cell phone usage during press and industry screenings.

Project announcements
There were also plenty of new hopefuls … Jason Reitman found his next movie “Men, Women and Children,” while veterans Bill Murray and Richard Gere signed on to star in Barry Levinson’s “Rock the Kasbah” and Andrew Renzi’s “Franny,” respectively. Elsewhere, Benedict Cumberbatch entered “The Lost City of Z,” Jennifer Lopez seduced “The Boy Next Door,” and Ian McKellan signed on to play Sherlock Holmes in Bill Condon’s “A Slight Trick of the Mind.” Nicole Kidman and Naomi Watts, who play rival princesses this year in “Grace of Monaco” and “Diana” pulled a swicheroo in Toronto, with Kidman replacing Watts in Werner Herzog’s “Queen of the Desert.” As for Watts, she signed on to star in Errol Morris’ thriller “Holland, Michigan.” Finally, Corsan NV invested $125 million in Emmett/Furla/Oasis Films, which promptly cast Bruce Willis in “The Prince.”